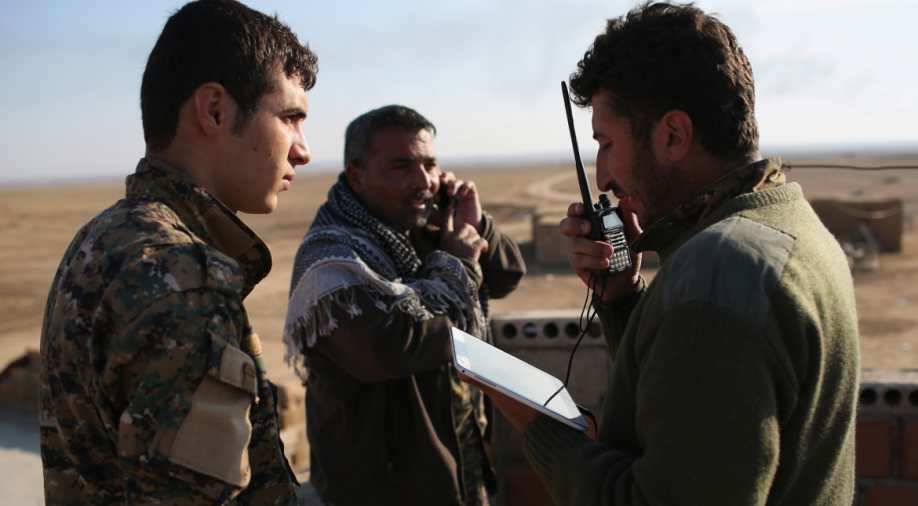 US-backed Syrian Democratic Forces (SDF) have launched an offensive against the Islamic State near Manbij which is under the control of the Syrian Kurdish YPG militia. Photograph:( Getty )

Follow Us
The Syrian government said today that German special forces were present, alongside French and American military personnel, in northern Syria. Germany has denied their presence.

The US-backed Syria Democratic Forces (SDF) are staging an offensive against Islamic State near Manbij, while Kobani is under the control of the Syrian Kurdish YPG militia, part of the SDF.

Germany's defence ministry said repeated claims by the Syrian government that German special forces were in northern Syria were not and had never been true.

"There are no German special forces in Syria. The accusation is false," a ministry spokesman said.

The Britain-based Syrian Observatory for Human Rights, which monitors the Syrian civil war now in its sixth year, said French special forces were building a base for themselves near Kobani.

France's defence minister said last week that there were special forces operating in Syria helping the SDF advance towards Manbij.

The Observatory also said German, French and American military advisers, and French and American special forces, were assisting the SDF in its fight against Islamic State but had so far remained in a support role and had not fought on front lines.
(Reuters)