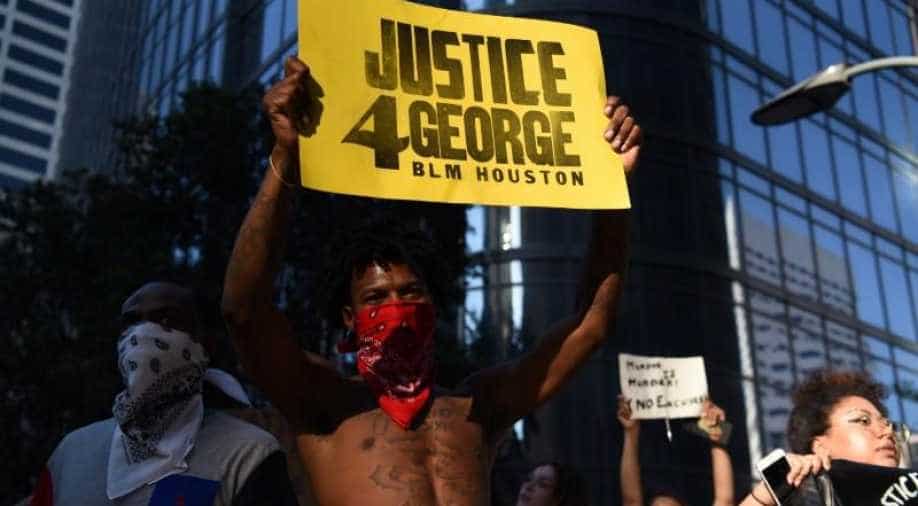 Floyd lived most of his 46 years in Houston's historically black Third Ward neighbourhood, located about a mile south of the park where the march began. He moved to Minneapolis in recent years for work.

George Floyd's hometown of Houston held a memorial march for him on Tuesday, where attendees recounted a "gentle giant" whose legacy had helped the city largely avoid the violent protests seen elsewhere in the United States.

The mayor's office said 60,000 people gathered downtown to honour Floyd, who died after a white police officer pinned his neck under a knee for nearly nine minutes in Minneapolis on May 25.. Floyd's death has ignited protests across the country.

Floyd lived most of his 46 years in Houston's historically black Third Ward neighbourhood, located about a mile south of the park where the march began. He moved to Minneapolis in recent years for work.

The memorial march was organised by well-known Houston rappers Trae Tha Truth, who was a longtime friend of Floyd's - and Bun B, who worked directly with Floyd's family for the event. Houston's mayor and police chief attended.

"We're gonna represent him right," Trae Tha Truth, whose given name is Frazier Thompson III, told the crowd of several hundred people gathered for the march. "We are gonna tear the system from the inside out."

He added: "George Floyd is looking down at us now and he's smiling."

After a prayer, the marchers exited the park and began to walk toward City Hall.

Democratic US Representative Sheila Jackson Lee, who represents portions of Houston where Floyd was raised, told the crowd that she would introduce police reform legislation in Congress on Thursday in honour of Floyd.

Mayor Sylvester Turner, who is black, said he understood marchers' pain and told them they were making an impact.

"People that are in elected office and positions of power - we are listening," Turner said. "It's important for us to not just listen, but to do. I want you to know your marching, your protesting has not gone in vain. George did not die in vain."

Houston has so far largely escaped the violent protests, with some attributing that directly to the legacy of Floyd himself.

"The people who knew George the best help set the tone for Houston. They knew what he was about. He truly was a gentle giant, a sweet guy," said David Hill, a Houston community activist and pastor at Restoration Community Church, who knows the Floyd family.