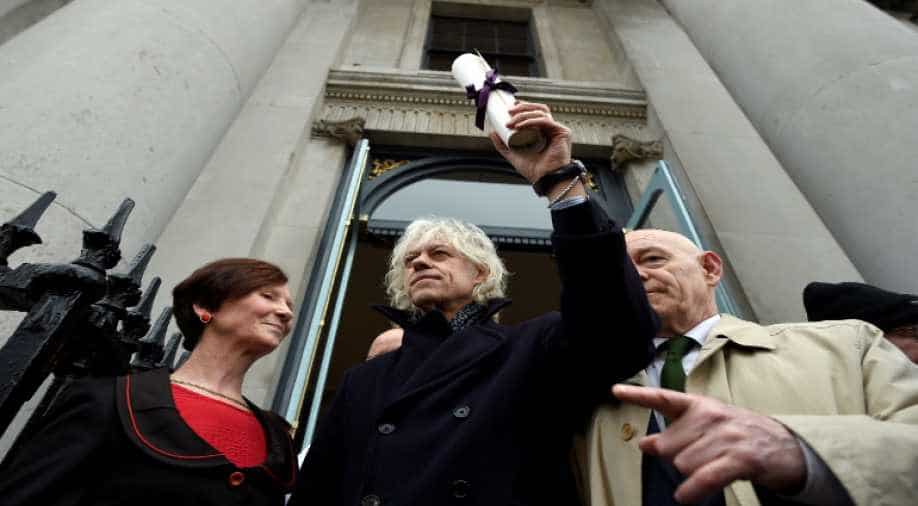 Irish Musician and activist Bob Geldof said he will return his Freedom of The City of Dublin award.

The decision of returning the awards came in protest over his fellow recipient Aung San Suu Kyi's response to the repression of Rohingya.

"Her association with our city shames us all and we should have no truck with it, even by default. We honored her, now she appalls and shames us In short, I do not wish to be associated in any way with an individual currently engaged in the mass ethnic cleansing of the Rohingya people of North West Burma" Gedolf said in a statement. Reported by Reuters

Suu Kyi was given Freedom of Dublin in 199 while she was held under house arrest by Myanmar's the military government but received it later in 2012 at a reception in Ireland.

Similar honour by the British university city of Oxford, where she was an undergraduate was also taken away last month.

Aung San Suu Kyi was heavily criticized for failing to speak out against the atrocities on Rohingya. People criticizing her also called for her to be stripped of the Nobel Peace Prize that she won in 1991

Other recipients of the Freedom of Dublin include John F. Kennedy, Nelson Mandela, and Mikhail Gorbachev.

More than 600,00 Muslims from Myanmar's Rakhine state have fled to refugee camps in Bangladesh after military operations described by the United Nations as ethnic cleansing.