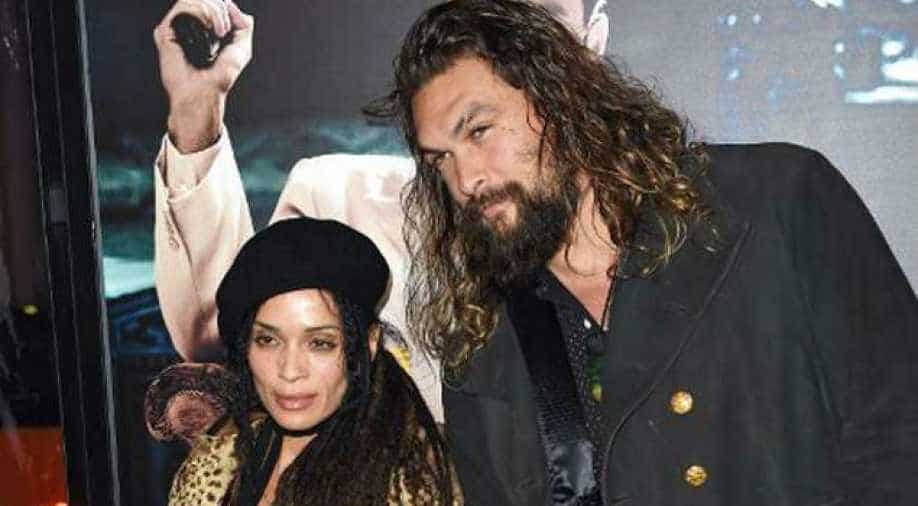 The King of Atlantis has finally tied the knot with his Queen Mera. According to People Magazine, the actor, 38, and actress, 49, exchanged their vows in an intimate ceremony held at their home in Topanga, California.

The couple has been together for over ten years now and they have two children together, a 10-year-old daughter named Lola Iolani and an 8-year-old son named Nakoa-Wolf.

Aside from family, the small wedding was attended by several of Momoa and Bonet`s famous friends, including Michael Fassbender and Alicia Vikander.Lisa is also mom to Zoe Kravitz from her first marriage to singer Lenny Kravitz.

The Justice League star has referred to Lisa as his wife on a number of occasions, prompting rumours of a past wedding. For his birthday this past August, Bonet and their two children - Lola, 10 and Nakoa-Wolf, 8 - surprised the Aquaman star by celebrating on set in Queensland, Australia.

"I have never been so surprised in my life. 38 is the greatest to date," the Hawaii native wrote on Instagram, captioning a photo of himself alongside his family and group of Hawaiian warriors dressed in native garb.