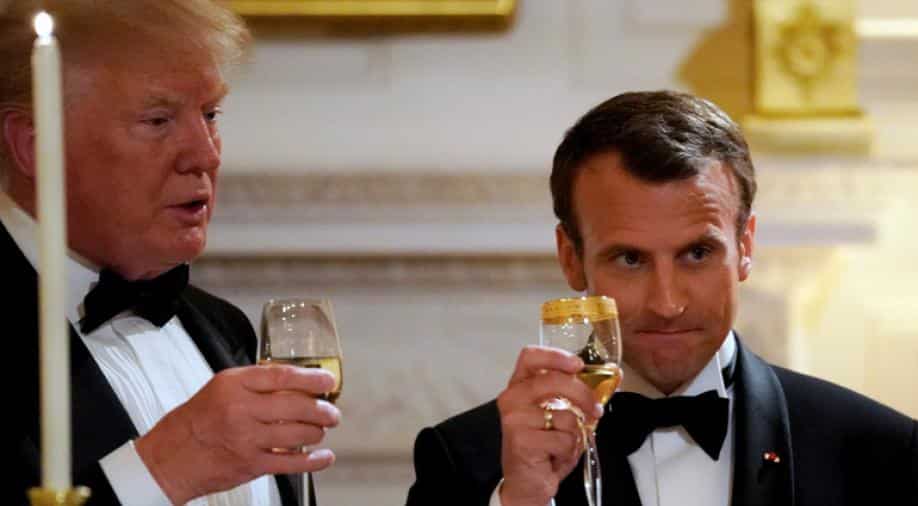 France's foreign minister warned on Tuesday that President Emmanuel Macron was prepared to respond to US moves in the Middle East, marking a sharp departure from the warm relations on show during Macron's visit to Washington last month.

"The situation in the Middle East is explosive, violence is doing the talking, war could loom," Jean-Yves Le Drian told parliament on Tuesday, a day after the United States moved an embassy in Jerusalem and Israeli soldiers shot dead more than 50 Palestinian protesters on the Gaza border.

"The president of the republic has decided to take all necessary political initiatives" in response, Le Drian said, without providing specifics.

Britain's minister of state for the Middle East expressed similar exasperation with Washington, saying the Trump administration needed a greater understanding of the root causes of the Israeli-Palestinian conflict.

Earlier, the French government spokesman defended Macron's efforts to build a close working relationship with Trump, despite the US president having gone against the French leader on almost all major issues so far.

Asked if Trump was still Macron's friend, Benjamin Griveaux, a close adviser to the French president, told BFM TV: "When you are the president of the republic, you are not the friend of foreign leaders, you are their partner, you have strategic alliances.

"France is attached to one thing -- multilateralism. We talk to everyone and we speak firmly and frankly to them, we don't mince our words," he added.

Since coming to power a year ago, Macron has not hidden his desire to build a familiar relationship with Trump.

Weeks after he took office, he invited the US president to attend the annual Bastille Day celebrations, putting on a spectacular military parade for Trump.

During their first phone call, 71-year-old Trump gave the 40-year-old Frenchman his personal mobile phone number, and the two have spoken frequently since.

Last month, Macron and his wife Brigitte travelled to Washington for a state visit, the first Trump has hosted since he took office. Trump described Macron as "perfect" and the two made a show of giving each other warm hugs.

"He's a great guy, his wife is fantastic," Trump said of Macron in January. "I like him. He's a friend of mine."

Yet Macron has struggled to convert the 'bonhomie' into influence on critical issues.

Soon after Macron took office, Trump announced he was walking away from the Paris climate accord, a landmark international agreement to combat global warming.

In recent weeks, over the objection of Macron and other leaders, Trump has moved to impose tariffs on European steel and aluminium imports, has withdrawn from the Iran nuclear deal and moved the U.S. embassy in Israel from Tel Aviv to Jerusalem, fuelling widespread Palestinian unrest.

Asked late last year whether Macron wasn't wasting his time buddying up to Trump, a close adviser to the French president said it was worth it.

"We don't know how much worse things might be if he wasn't building a close relationship," the official said.

Griveaux took a similar line, adding that Macron's efforts didn't mean he was giving in.

"Does it mean that we endorse or share the positions (of the US administration)?" he said. "The answer is no."