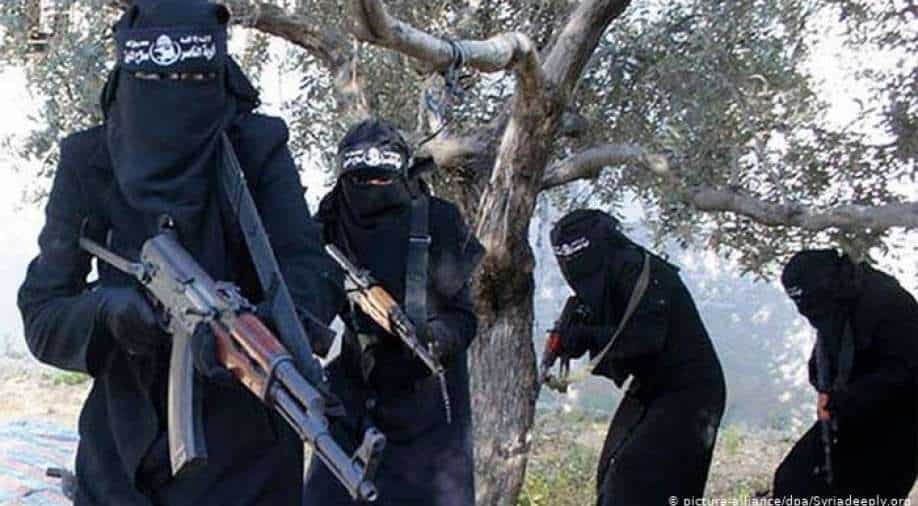 It was the latest sign of deteriorating security at the Kurdish-run Al-Hol camp which holds almost 62,000 people, mostly women and children, including Syrians, Iraqis and thousands from Europe and Asia.

It was the latest sign of deteriorating security at the Kurdish-run Al-Hol camp which holds almost 62,000 people, mostly women and children, including Syrians, Iraqis and thousands from Europe and Asia.

"Until now, 14 people have been killed in Al-Hol" since the start of the year, Sheikhmous Ahmed, a Kurdish official in charge of running camps in the region, told AFP.

He said they included three decapitations, but also some killed using guns with silencers.

The victims, all camp residents, were 10 Iraqis and four Syrians, he said.

The official blamed "IS cells in Al-Hol" targeting "those cooperating with camp management", with the aim to "sow chaos and fear".

But a humanitarian source recently said tribal tensions between residents could also be to blame for some murders.

Most camp inhabitants are Syrians or Iraqis displaced by the Kurdish-led battle against IS that took back the group's last scrap of territory in March 2019.

But the camp also hosts a separate annex for thousands of foreign women and children accused of family ties with IS.

The United Nations last month said 12 murders had taken place in Al-Hol from January 1 to 16 alone.

Despite Al-Hol camp being vastly overpopulated, the number of guards there fell from 1,500 in mid-2019 to 400 in late 2020, it said in a report published this month.

Some detainees see Al-Hol as the final remnant of the cross-border "caliphate" IS declared in Syria and neighbouring Iraq in 2014, it said.

There have been reports of "radicalisation, training, fundraising and incitement of external operations" at the camp.

In the foreign section, "some minors are reportedly being indoctrinated and prepared to become future ISIL operatives," the UN report said, using another acronym for IS.

But Western nations have been largely reluctant to repatriate their IS-linked citizens, though some have brought home women and children on a case-by-case basis.

Syria's war has killed more than 387,000 people since it started in 2011 with the brutal repression of anti-government protests.

It then evolved into a complex conflict involving jihadists and world powers.