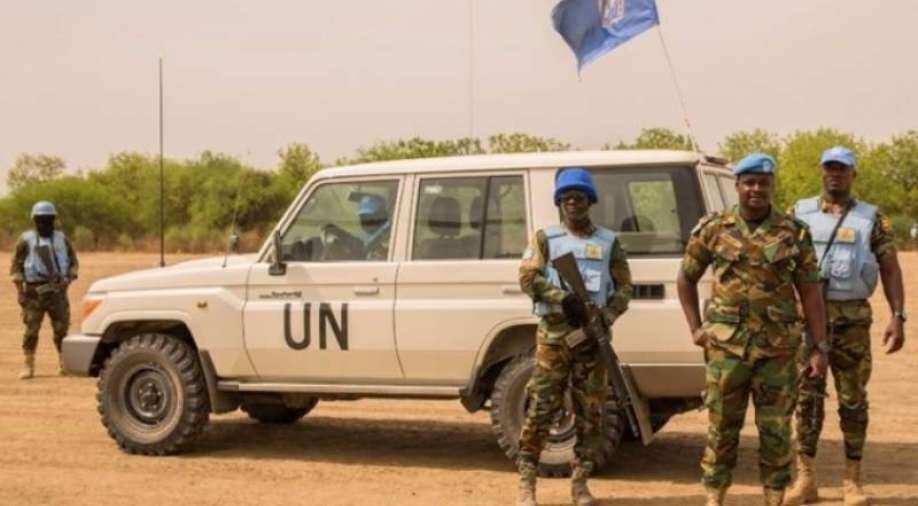 In a statement, UN Secretary General Antonio Guterres said he "condemns in the strongest terms" the assault, commending the bravery of those who repelled the attack.

The peacekeepers "bravely pushed back a complex attack carried out by several heavily armed terrorists," MINUSMA said, adding the attackers had suffered heavy losses and had abandoned "several of their dead".

In a statement, UN Secretary General Antonio Guterres said he "condemns in the strongest terms" the assault, commending the bravery of those who repelled the attack.

The incident left 19 wounded, the statement said, in addition to the four troops who were killed.

A source in MINUSMA said the attack occurred around 200 kilometres (120 miles) from the Algerian border, targeting a contingent of peacekeepers from Chad.

A UN source described the dawn raid as of "very large magnitude" by about 100 attackers on motorbikes and in vehicles.

He added that about 20 assailants had been killed.

A Chadian military source said "two of our forces' positions were attacked. We lost four people, including our forces' detachment commander, and 16 were injured."

The UN force's statement called the attack another "attempt against the peace process" that will "in no way undermine its determination to continue the execution of its mandate".

It thanked "international forces for their aerial support".

The attack took to 10 the number of MINUSMA troops killed this year.

Also on Friday morning, two Malian soldiers were killed and around 10 wounded in an attack blamed on jihadists in Diafarabe in the country's centre, Mali's army said in a statement.

Local resident Youssouf Aya told AFP that he had seen a line of armed men on motorcycles headed toward a military post, then heard gunfire.

He said the assailants had "briefly occupied" the military post before leaving along the Niger River.

Mali has been struggling to contain an Islamist insurgency that first broke out in the north in 2012 before spreading to the centre and neighbouring Burkina Faso and Niger.

France, the former colonial power, intervened in Mali in 2013 to beat back the jihadists and now has some 5,100 soldiers deployed across the semi-arid Sahel region, though the mission has not been without controversy.

The French defence ministry has denied the account, insisting it had identified and attacked an "armed terrorist group".

On Friday, France's military issued a statement on a separate incident, saying a woman died and a child was slightly wounded in a fire linked to an operation in Mali.

It said a suspected jihadist was also killed and two others captured in the operation overnight Wednesday to Thursday in an area southeast of Tessalit in the country's north.

According to the statement, the soldiers were shot at by the suspected jihadist in a tent and returned fire.

The tent caught fire with the woman and child inside, it said. The child was evacuated to a military hospital.