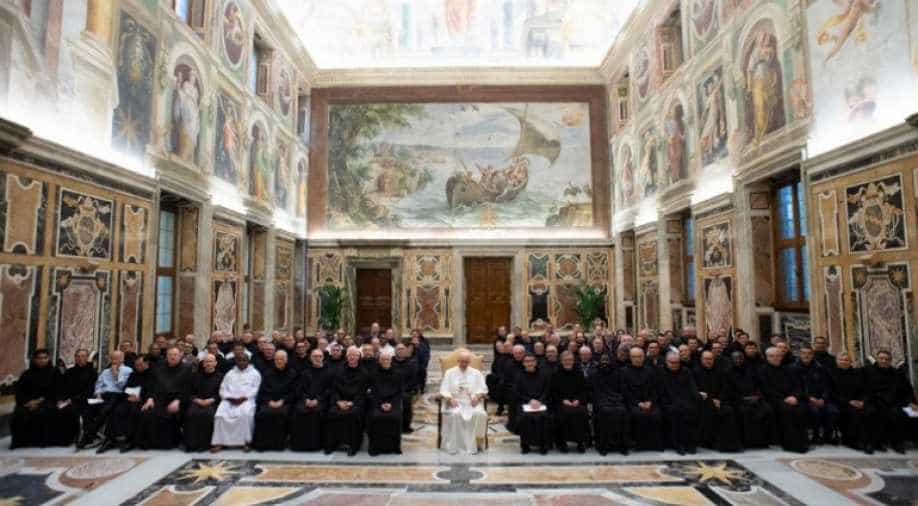 'The culture of secrecy around the fact that the Vatican is mostly gay is the key to reading much of the moral positions the church has taken up' in the last 50 years, Martel told AFP.

The hidden homosexuality of so much of the Catholic hierarchy has distorted "every aspect of the church", a new book claims.

"In the Closet of the Vatican", a 570-page tome which will be published in 20 countries on Wednesday, claims that four out of five Vatican clerics are gay.

French sociologist Frederic Martel, who spent four years interviewing more than 1,500 priests, bishops and cardinals, said the reflex to hide the "double life" of so much of the clergy has left the church "distorted with shame" and caught in a culture of cover-up.

"The culture of secrecy around the fact that the Vatican is mostly gay is the key to reading much of the moral positions the church has taken up" in the last 50 years, Martel told AFP.

It is a "source of distortion of every aspect of the church", he added.

"I set out to understand how, to quote Pope Francis, the institution has come to be built around lies, double lives and hypocrisy," said the sociologist.

"This lie has had huge consequences," said Martel, from its opposition to family planning to the child abuse scandals.

"It allows us to understand the misogyny of the clergy, the scandals around the Vatican Bank during the time of Archbishop Marcinkus, the resignation of Pope Benedict XVI, and the revolt Pope Francis is now facing," the writer said.

The fact that the Vatican is "an essentially homosexual institution" -- but a closeted one -- accounts for much of the fierce opposition the Pope is now facing as he attempts to reform the hierarchy and its civil service, the Curia, he found.

"The Pope understands the system of which he himself is a prisoner," he argued, citing "his famous phrase, 'Beneath rigidity there is often wickedness and a double life'."

A rule of thumb in the Vatican, Martel said, is "the more a prelate is homophobic in public the more likely he is to be gay in private".

As the sexual revolution gathered pace through the 1960s and 1970s, the church felt "obliged to up its homophobic rhetoric to hide its own secret", added the author, who is also a presenter on French radio.

The most damaging side-effect of the culture of secrecy, he maintained, is the way it has impacted on the child abuse scandals which have shaken the church to the core.

"There is no link whatsoever between sexual abuse and homosexuality," Martel insisted.

"But abuser priests have overwhelmingly been protected by gay bishops who were afraid of scandal and being exposed in the media.

"The church created a culture to hide its gay secret which in the end hid the abuse," Martel argued.

"That is how the system became so perverse and why there is no possibility of reform other than to change the doctrine of chastity for the clergy."

Martel said gay life within the Vatican broke down into roughly five groups. "Non-practising gay clerics who stick by their vows of chastity; those who have gay relationships but struggle with their desires and who self-flagellate, and then those who live with their lovers.

"Often you have cardinals who will be in a relationship with an assistant or a friend, and then there are others who go out and have lovers," he said.

Finally, there was a group "which included two cardinals close to the late John Paul II, who used male prostitutes".

Martel said Pope Francis is more or less "gay-friendly" compared to his predecessors, particularly "when it comes to (not) judging individuals. That said, he is a fiercely opposed to gay marriage".