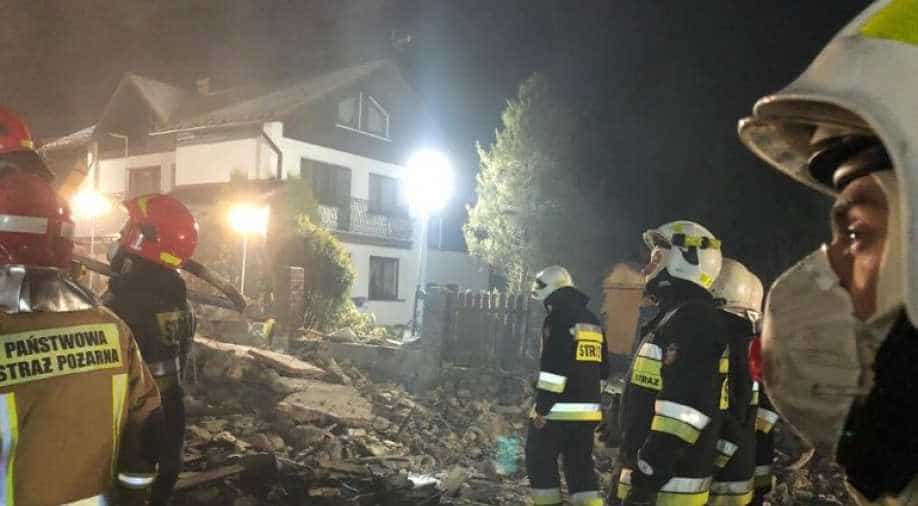 Firefighters work at the site of a building Photograph:( Reuters )

According to a police spokesman, a three-storey building in the resort of Szczyrk collapsed on Wednesday after a gas explosion, killing four people in Southern Poland.

The bodies of three adults and a child have been found in the rubble so far.

The spokesman added that up to eight people were in the premises, with firemen struggling to find other victims.

Up to 100 firemen and 50 police officers are on the scene, Polish state broadcaster TVP reported.