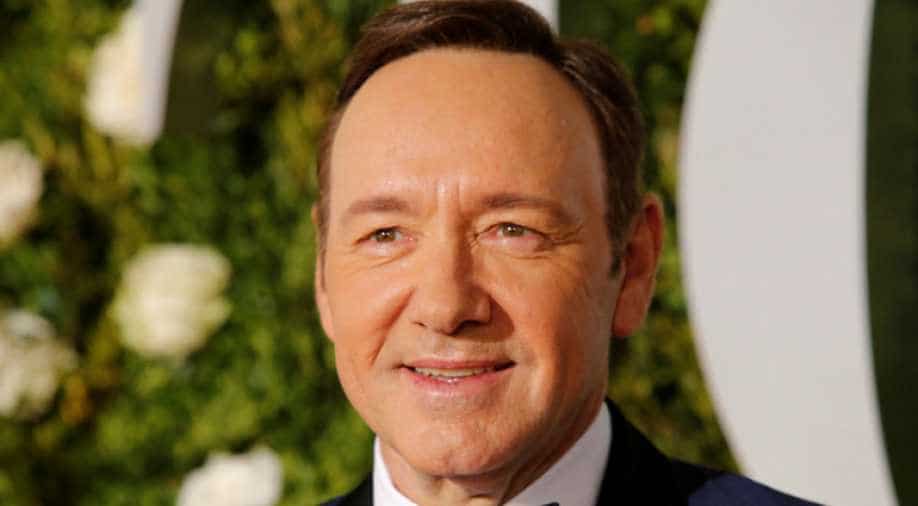 Kevin Spacey has recently been accused of sexually assaulting a number of people. Photograph:( Reuters )

Heather Unruh accused Hollywood actor Kevin Spacey of sexually assaulting her 18-year-old son in July 2016 ||Her son did not report the incident "largely because of embarrassment and fear," she said

Former television news anchor Heather Unruh on Wednesday accused Hollywood actor Kevin Spacey of sexually assaulting her 18-year-old son in July 2016, the latest in a series of sexual assault allegations against the actor.

Heather Unruh, who belongs to Massachusetts, said at a news conference in Boston that Kevin Spacey sexually assaulted her son on the holiday island of Nantucket last year and that police had opened a criminal investigation.

Heather Unruh said Spacey assaulted the teenager after intoxicating him with alcohol late at night in a Nantucket bar. She described her son as a "star-struck, straight" 18-year-old who "panicked and froze" after the actor made his sexual advances.

Her son did not report the incident "largely because of embarrassment and fear," Heather Unruh said.

"Spacey stuck his hand inside my son's pants and grabbed his genitals," Unruh said. Her intoxicated son, whom she did not name, panicked and froze.

When the "House of Cards" star left briefly to use the bathroom, he allegedly fled to his grandmother's house, where he allegedly told his sister what had happened.

"Last week my son filed a police report and handed over evidence, and now a criminal investigation has begun," Unruh told reporters.

The scores of women who have accused Hollywood mogul Harvey Weinstein of sexual assault, and actor Anthony Rapp levelling the first public accusations against Spacey had motivated them to speak publicly now, Unruh said.

"I want to see Kevin Spacey go to jail," she said. "Not just for my son but for the many others," she added.

The family lawyer also told reporters Wednesday that his client had spoken to Nantucket police, who were investigating.

On October 13 Unruh had alleged that Spacey had "assaulted a loved one," but had not identified that person as her son.

Police told AFP that they could not confirm or deny any such report was filed. '

"Reports of sexual assaults are confidential under Massachusetts General Law," a spokesperson for the police department said.

The two-time Oscar winner, star actor on the hit series "House of Cards" was dropped from the show by Netflix after the wave of sexual assault allegations against him.

London police are also investigating the actor for an alleged assault in 2008, British media said.

He has been publicly accused of attempting to rape a 15-year-old boy in New York and of making advances on actor Anthony Rapp when he was 14 years old, 31 years ago.