Former leaders of IRPT get life sentence in 2015 coup case 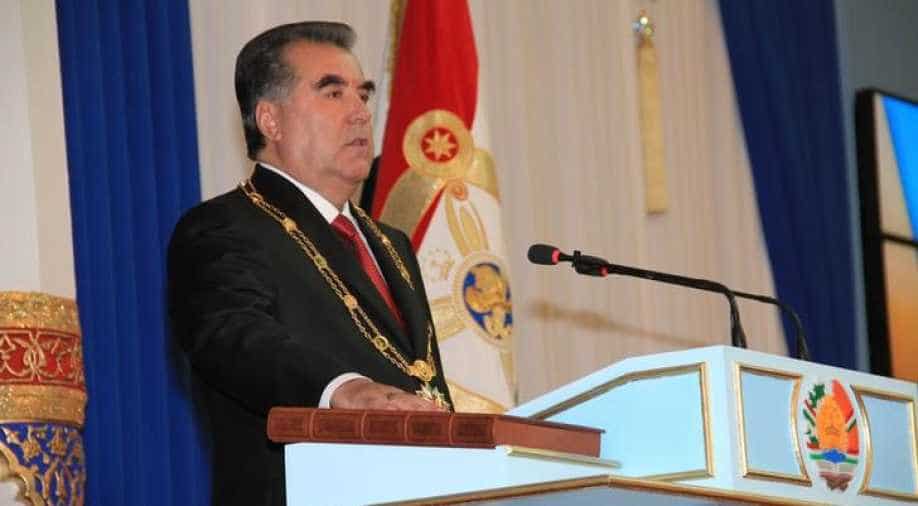 Tajikistan's President Imomali Rakhmon takes oath during his inauguration ceremony in Dushanbe in this November 16, 2013 handout photograph provided by the Press Service of presidential administration of Tajikistan. Photograph:( Reuters )

Follow Us
Two former leaders of the Islamic Renaissance Party Tajikistan (IRPT) were jailed for life today on charges of being behind an attempted coup in 2015 in a case criticised by human rights groups as politically motivated.
The Central Asian state, formerly part of the Soviet Union, borders Afghanistan and is seen in Russia and the West as a conduit for drug traffickers and militants. Russia, which supported President Imomali Rakhmon in a civil war in the 1990s, maintains a military base there.
The sentences passed by Tajikistan's supreme court completed the virtual elimination of the main opposition capable of challenging Rakhmon, in power since 1992, and follow a May referendum that could allow him to rule for life.
The court has also sentenced 11 other members of IRPT to 14-28 years in prison and Zarafo Rakhmoni, the only woman among the defendants, to two years on the same charges.
The US-based Human Rights Watch has described the trial as part of a "severe crackdown on political opposition".
Tajikistan banned IRPT last September after accusing it of being linked to a failed coup earlier that month led by a general, Abdukhalim Nazarzoda, who was killed along with 37 of his supporters in clashes with government forces.
IRPT chairman Mukhiddin Kabiri, who has left Tajikistan and spoke to Reuters before the verdict was announced, dismissed the charges as trumped-up and said they were part of a broad campaign aimed at eliminating the party.
"What is happening in the country will play into the hands of radicals and more and more youths, having lost all trust in the government, will join the ranks of exrtemist groups," he said.
"Perhaps, this is what the Tajik government wants in order to draw the international community to its side against the background of growing extremist tendencies."
IRPT was a successor to the Islamist wing of an opposition bloc which fought Rakhmon's government in a bloody civil war in the 1990s. The crackdown on the party marked a decisive break from the power-sharing agreement which ended the war.