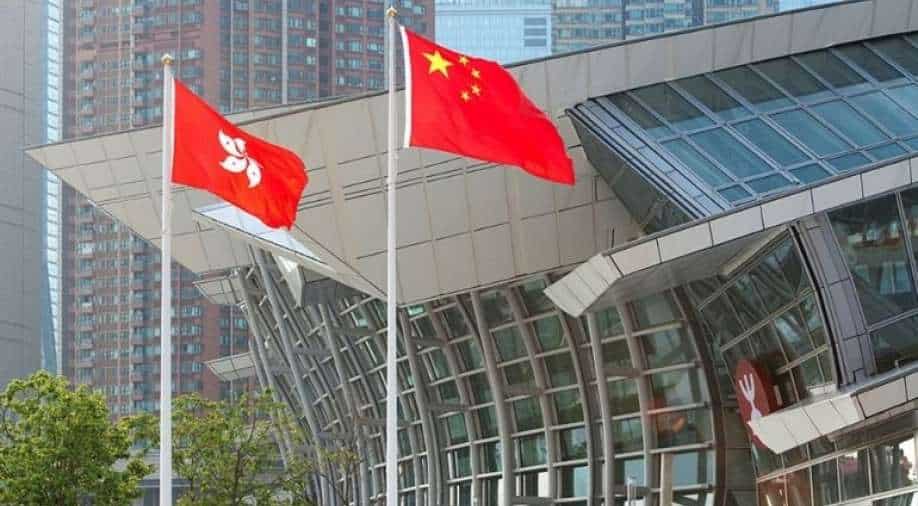 Membership of the committee for 117 community-level district councillors dominated by democrats was scrapped and more than 500 seats designated for Chinese business, political and interest groups were added.

Pro-Beijing candidates are running uncontested for most seats in a Hong Kong election committee tasked with choosing the city's leader, with the pro-democracy camp almost absent, government announcements showed on Friday.

The Sept. 19 vote for the committee is the first election since China overhauled Hong Kong's electoral system in May to ensure the former British colony is run by "patriots" loyal to Beijing.

After the one-week nomination period ended on Thursday, the government said it had received just 1,056 nominations for the 980 seats open to competition.

A new committee which can disqualify candidates is tasked by law to work closely with Chinese security authorities to vet contenders for the election committee as well as the leadership election in 2022.

The composition of the election committee is the latest blow to the opposition movement which has seen scores of members arrested, jailed or flee Hong Kong since Beijing imposed a national security law on the city last year.

Membership of the committee for 117 community-level district councillors dominated by democrats was scrapped and more than 500 seats designated for Chinese business, political and interest groups were added.

Representation from professional subsectors that traditionally had a bigger pro-democracy presence, including legal, education, social welfare, medical and health services, was diluted by the addition of ex-officio members which reduced the number of elected seats.

Twenty-three of the 36 subsectors that are open for contest, totalling about 600 seats, will not see any competition because the number of candidates matched the number of seats, suggesting coordination of nominations.

About 70% of the nominees were new faces who did not feature in the last two polls for the committee, which will have 1,500 members instead of the previous 1,200, Reuters calculations based on the election committee website showed.

China had promised universal suffrage as an ultimate goal for Hong Kong in its mini-constitution, the Basic Law, which also states the city has wide-ranging autonomy from Beijing.

Democracy campaigners and Western countries say the political overhaul moves the city in the opposite direction, leaving the democratic opposition with the most limited space it has had since the handover in 1997.

Many of the city's prominent tycoons, including Hong Kong's richest man Li Ka-shing, will not be on the election committee for the first time, as Beijing seeks to rebalance power from big conglomerates to small businesses.

Li, of Cheung Kong Holdings, together with other property moguls, Lee Shau-kee of Henderson Land, both 93, and Henry Cheng, 74, of New World Development, withdrew from the race, although their sons will retain the seats they already hold.

The election committee will elect 40 seats in the revamped Legislative Council in December, and choose a Hong Kong chief executive in March, 2022.