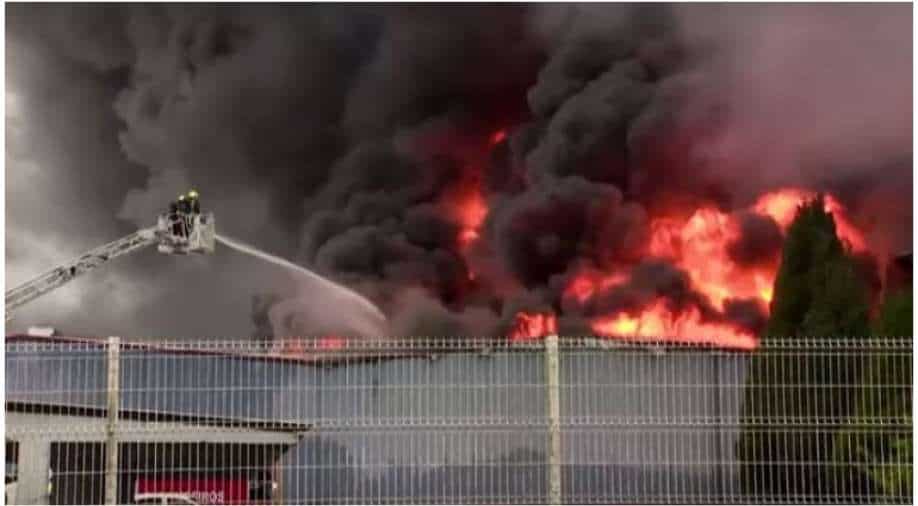 A staggering fire that started at a paint warehouse early on Sunday (April 11) morning threatened an industrial area in northwestern Spain.

Emergency services are still battling the blaze in O Ceao industrial area in Lugo. The fire affected five business although no injuries were reported.

Regional delegate of Galician government Javier Arias said the wind moved the flames to local newspaper headquarters and to a warehouse with tyres that caused the black smoke.

A gas station near the fire was also evacuated to avoid greater damage.