'Fear is palpable' among US climate scientists over Trump moves 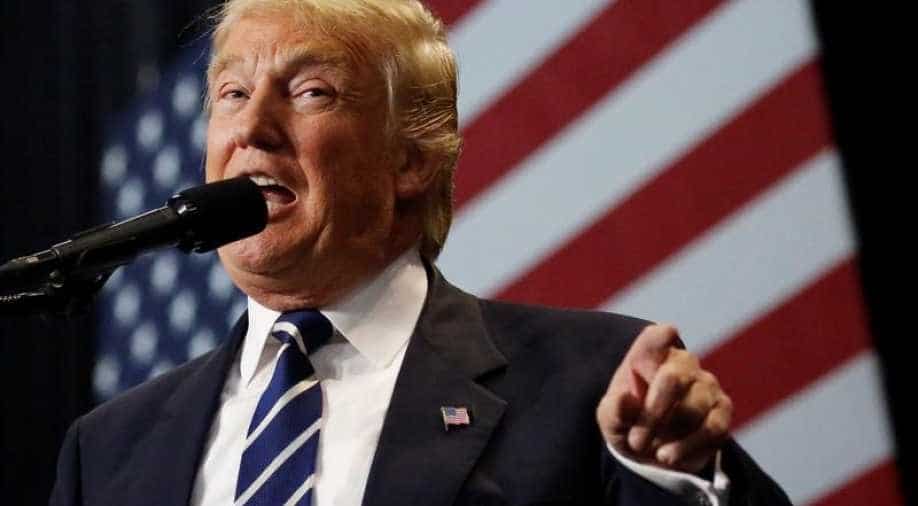 The President-elect also dragged China into the issue, saying Beijing is doing nothing to help with the rogue nation. Photograph:( Reuters )

Climate scientists tend to be a hardy bunch, accustomed to hate mail, vicious online attacks, lawmakers who deny that global warming is real, and for some, even death threats.

But their mood darkened in recent days as President-elect Donald Trump tapped a series of climate change deniers and fossil fuel supporters for key posts in his administration.

That gloom turned to panic when Trump's transition team sought the names of Department of Energy scientists who have worked on climate programs, raising concerns of a political witch hunt.

"The thing that is palpable among scientists is fear," said John Abraham, a professor at the University of St. Thomas in Minnesota who works on thermal science, ocean warming and renewable energy.

"Fear that there will be either funding cuts to really critical climate science work, or retribution for their work on climate change," he told AFP.

On Saturday, meteorologist Eric Holthaus issued an appeal on Twitter, asking if any scientists had a US government database that "you don't want to see disappear."

He linked to a Google spreadsheet where scientists could add links to datasets on sea level rise, snow and ice, carbon emissions, and more.

Soon, it turned into a massive effort to archive key datasets on non-government servers. By midweek, the endeavor was taken over by staff at the University of Pennsylvania.

Climate scientists admit they have no evidence that Trump is planning any moves to erase scientific data.

But scientists -- even in western democracies -- have encountered hostile actions by government leaders before, including in Canada under former prime minister Stephen Harper, who cut thousands of government science positions, set strict rules for scientists engaging with the media, burned books and eliminated certain research programs.

The Soviet Union's Joseph Stalin and Nazi Germany's Adolf Hitler led purges of scientists, and in the United States in the 1940s and 50s, scientists were often targeted or suspended as part of Senator Joseph McCarthy's anti-Communist crusade.

When Trump takes office, he will be the only world leader to believe that climate change isn't real, the Sierra Club has pointed out.

"Assaults on science are characteristic of non-democratic, authoritarian, fascist governments," said Peter Gleick, a hydroclimatologist and co-founder of the Pacific Institute, a non-partisan think tank.

"We worry it is going to get worse."

Trump's transition team appeared to distance itself on Wednesday from the controversial email seeking names of scientists who worked on President Barack Obama's climate change initiatives.

"The questionnaire was not authorized or part of our standard protocol," a Trump transition official said in an email to AFP.

"The person who sent it has been properly counseled."

A day earlier, the Department of Energy said the questions "left many in our work force unsettled" and vowed not to provide "any individual names to the transition team."

The Union of Concerned Scientists' Andrew Rosenberg said it was "great to see that the Trump transition team is admitting that demanding a list of employees was a mistake."

However, the Trump team must do more, by clearly committing "to respect the independence of government scientists (and) refrain from targeting civil servants for working on climate issues," he added.

Meanwhile, the rising vitriol online has made plenty of scientists jittery.

For Gleick, one such moment came this week when he saw a tweet from the far-right Breitbart News site, adapting a Nazi-era expression and referencing a firearm.

"When you hear a scientist talk about peer-review, you should reach for your Browning," it said.

Gleick tweeted about it, and soon a Twitter user sent him a picture of a Browning pistol.

Gleick retweeted the picture, and commented, "#climate scientists start getting pictures of guns in their Twitter feed."

Then, the man who sent the picture claimed he meant "no hostility," and said he was merely trying to show Gleick the kind of gun mentioned.

For Michael Mann, a well-known author on climate change who has received plenty of death threats for his work in recent years, including suspicious powder sent in the mail, "the current political climate in Washington is the worst we have seen in more than a decade, arguably the worst in history," he told AFP.

"To say that scientists are worried about what the next four years might hold in store would be an understatement."