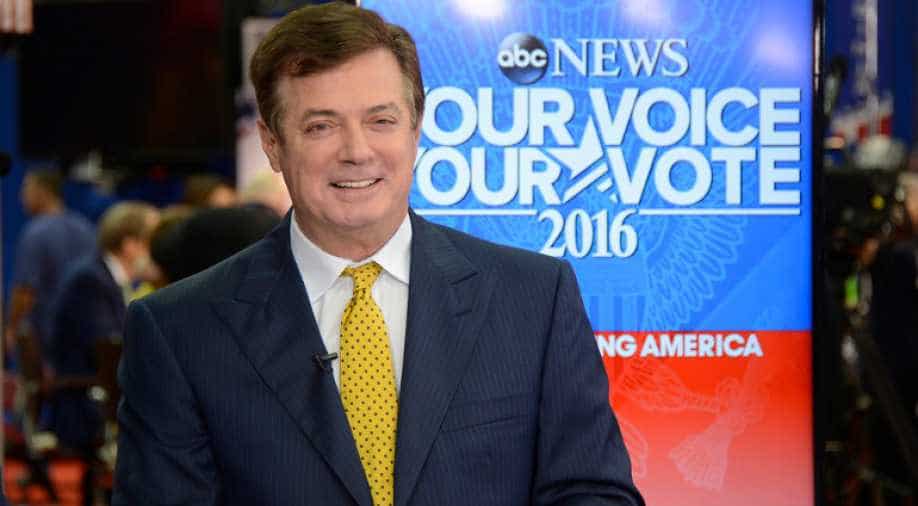 Manafort told NBC News, 'None of it is true. There's no investigation going on by the FBI that I'm aware of.' (Image source: flickr) Photograph:( Others )

Paul Manafort is being investigated for his alleged business ties with Russia and Ukraine, NBC news reported on Monday night.

In August, Politoco reported that Manafort resigned from the Trump campaign amid revelations of his work lobbying for pro-Russian Ukrainian oligarchs, which Politico was at odds with Trump's claim to be free of moneyed interests.

NBC news further reported that the inquiry is only preliminary and not a criminal investigation.

Manafort told NBC news, “None of it is true. There's no investigation going on by the FBI that I'm aware of."

"This is all political propaganda, meant to deflect," he added.

In that August article, Politico reported that a source close to the Trump campaign said the Trump family was particularly troubled by reports that Manafort was involved with Russia, activities which he reportedly hadn't disclosed.

The same source added that the Trump family was also unhappy about changes made to the Republican platform that were seen as beneficial to Russia, in which they felt Manafort played a role.

The Guardian reports that the Clinton campaign has been especially vocal of late, blasting Comey's decision as a "jaw-dropping" double standard after claims emerged that he had sought to withhold evidence of Russian support for Donald Trump, out of fear that it could influence the outcome of the US election.