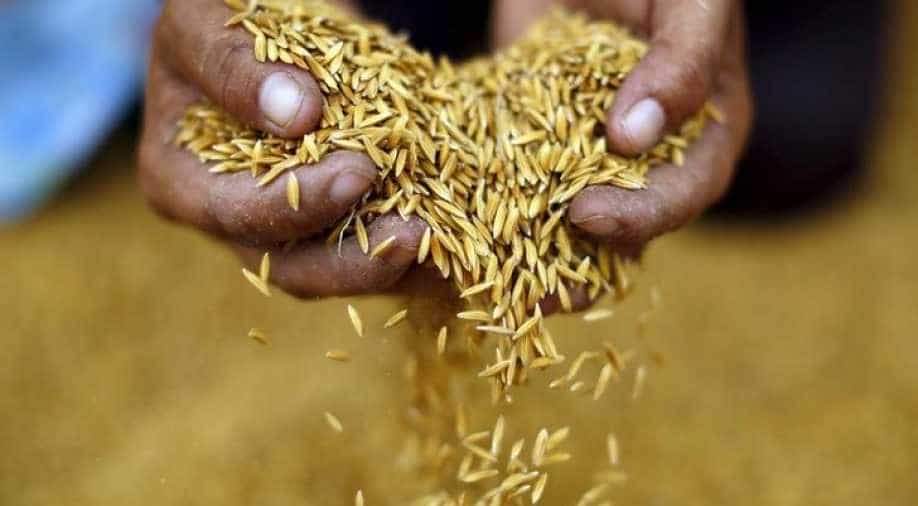 As they struggle to deal with more extreme weather, a range of food crops are generating more of chemical compounds that can cause healthproblems for people and livestock who eat them, scientists have warned.

A new report by the United Nations Environment Programme (UNEP) says that crops such as wheat and maize are generating more potential toxins as a reaction to protect themselves from extreme weather.

But these chemical compounds are harmful to people and animals if consumed for a prolonged period of time, according to a report released during a United Nations Environment Assembly meeting in Nairobi.

"Crops are responding to drought conditions and increases in temperature just like humans do when faced with a stressful situation,” explained Jacqueline McGlade, chief scientist and director of the Division of Early Warning and Assessment at UNEP.

Under normal conditions, for instance, plants convert nitrates they absorb into nutritious amino acids and proteins. But prolonged drought slows or prevents this conversion, leading to more potentially problematic nitrate accumulating in the plant, the report said.

If people eat too much nitrate in their diets, it can interfere with the ability of red blood cells to transport oxygen in the body, the report said.

Crops susceptible to accumulating too much nitrate in times of stress include maize, wheat, barley, soybeans, millet and sorghum, it said.

Some drought-stressed crops, when then exposed to sudden large amounts of rain that lead to rapid growth, in turn accumulate hydrogen cyanide, more commonly known as prussic acid, the report said.

Prussic acid – one of the ingredients used in some types of chemical warfare - interferes with oxygen flow in humans. Even short-term exposure can be debilitating for people, McGlade said.

Plants such as cassava, flax, maize and sorghum are most vulnerable to dangerous prussic acid accumulation, the report said.

Cases of nitrate or hydrogen cyanide poisoning in humans were reported in Kenya in 2013 and in the Philippines in 2005, McGlade said. In Kenya, two children died in coastal Kilifi after eating cassava that had raised levels of prussic acid in it following extreme rainfall, according to local media reports.

Aflatoxins, molds that can affect plant crops and raise the risk of liver damage, cancer and blindness, as well as stunting foetuses and infants, also are spreading to more areas as a result of shifting weather patterns as a result of climate change, scientists said.

McGlade said about 4.5 billion people in developing countries are exposed to aflatoxins each year, though the amounts are largely unmonitored, and the numbers are rising.

"We are just beginning to recognise the magnitude of toxin- related issues confronting farmers in developing countries of the tropics and sub-tropics," the report noted.

"As warmer climate zones expand towards the poles, countries in more temperate regions are facing new threats," it added.

In 2004, Kenya suffered severe outbreaks of aflatoxin poisoning, which affected more than 300 people and killed more than 100 following a prolonged drought, according to the International Livestock Research Institute.

The UNEP report said Europe will be at growing risk from aflatoxins in locally grown crops if global temperatures rise by at least 2 degrees Celsius. The world is currently on a path to a more than 3 degree Celsius temperature rise, scientists believe.

An increase in toxic compounds in crops is likely to impact heavily on the world’s health system, which are already struggling with the effects of food insecurity, Dorota Jarosinska of the WorldHealth Organization’s European Center for Environment and Health said in an interview with the Thomson Reuters Foundation.

Alex Ezeh, executive director of the African Population Health and Research Center, said the increase in toxins in crops was a big concern.

"Toxic crops can lead to neurological diseases among humans but the greatest challenge is the incidence of cancer,” he said in an interview.

The report proposes a list of eight ideas farmers and agricultural experts can adopt to try to limit damage from more crop toxins, such as mapping contamination hotspots and building better evidence about what is happening now with the toxins in their area.

Scientists also suggest that developing crop varieties designed to cope with extreme weather could help reduce the levels of toxic chemicals in food.

"Research centers with the Consultative Group on International Agricultural Research are developing seeds that are suitable in various regions that have been hit by climate change,” McGlade said.