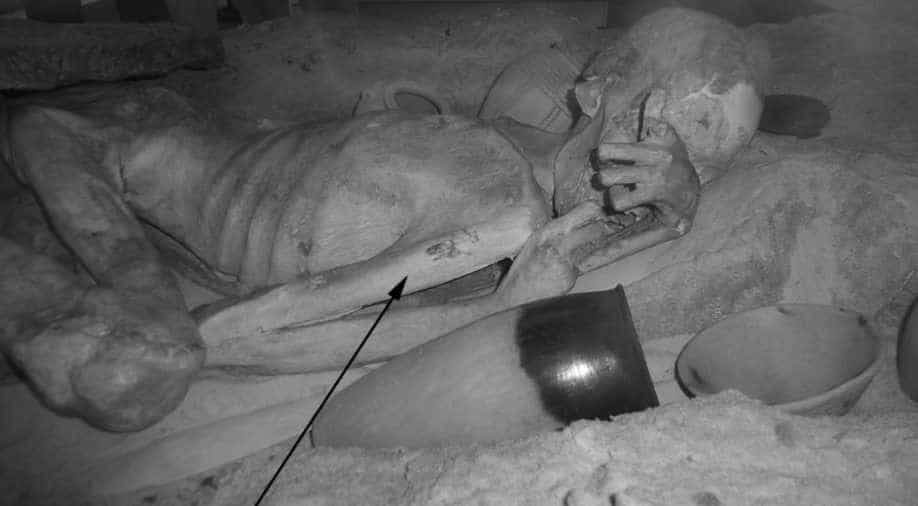 Experts have discovered the world oldest tattoos on nearly 5,000-year-old Egyptian mummies. While one of the figures bears illustrations of a wild bull and a Barbary sheep on the upper arm, the other one was found with S-shaped motifs on the upper arm and on the shoulder.

The Journal of Archaeological Science has published a detailed account of the tattoos that were found on the mummies. The mummies were first discovered close to 100 years ago.

"Dating to between 3351 to 3017 BC, tattoos of animals and motifs have been discovered on two naturally mummified bodies from Egypt. Using infrared technology, figural tattoos of a wild bull and a sheep were identified on the upper arm of a male mummy, while linear and S-shaped motifs have been identified on the upper arm and shoulder of a female mummy; these are the oldest tattoos ever found on a female individual," read a blog on British Museum's official website.

Experts believe that the finding has cast more light on the art of preserving human corpse in ancient times as well as the practice of body art and tattooing in Africa.

"These finds demonstrate conclusively that tattooing was practised during Egypt’s Predynastic period (c. 4000–3100 BC) by both men and women. As the oldest known tattooed figural motifs, they add to our understanding of the range of potential uses of tattoos at the dawn of ancient Egyptian civilisation and expand our view of the practice of tattooing in prehistoric times," read the blog.