Everybody agreed, she was a rising star of British politics 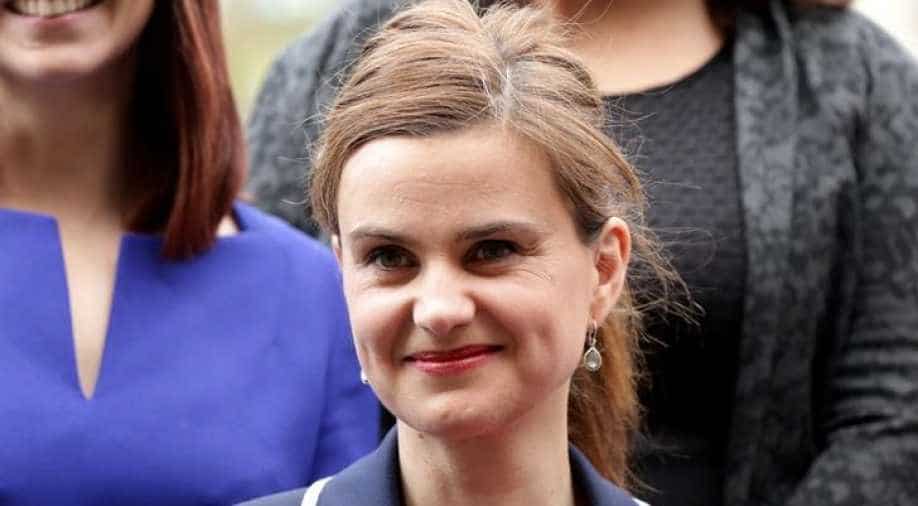 Prime Minister David Cameron led the tributes to, describing her as a 'bright star, no doubt about it'. Photograph:( Reuters )

Jo Cox, who was killed in her West Yorkshire constituency on Thursday, was considered to be a rising parliamentary star.

The 41-year-old, who leaves behind a husband and two young children, represented the area she grew up in and had the plight of refugees close to her heart.

Before standing for parliament, Cox had been the Oxfam aid agency's policy chief and her killing ends what looked to be a promising political career.

Weapons, including a firearm, were recovered from the scene of her killing.

Conservative Prime Minister David Cameron led tributes, describing her as a "bright star, no doubt about it".

She was due to celebrate her 42nd birthday next Wednesday.

Her husband Brendan Cox was an adviser to former prime minister Gordon Brown and they lived with children Lejla and Cuillin on a converted barge on the River Thames in London.

Cox, who was the member of parliament representing the constituency of Batley and Spen in West Yorkshire, northern England, herself hailed from Batley, a textile town with a large South Asian Muslim population.

Her father Gordon worked in a toothpaste factory and her mother Jean was a school secretary.

She graduated in 1995 from the University of Cambridge, where she first got interested in politics.

She went on to help launch the pro-European campaign organisation Britain in Europe, and spent two years with European Parliament member Glenys Kinnock in Brussels.

She then spent a decade working for Oxfam in New York, Brussels and war zones as the head of policy and of humanitarian campaigning.

Cox was also the national chair of Labour Women's Network for four years and worked with Brown's wife Sarah on galvanising international action to stop babies dying during pregnancy and childbirth.

In a tribute, Gordon Brown said his memory would be "forever scarred" by her killing.

"Our hearts will always be hurt at our country's loss," he said in a statement.

"Whenever you talked to her, the compassion in her eyes and the commitment in her soul shone through.

"She went to some of the most dangerous places in the world. The last place she should have been in danger was in her home town."

Cox also worked with the Bill and Melinda Gates Foundation before standing for parliament in the May 2015 general election.

In her maiden speech in parliament last year she said was proud of the ethnic diversity in her constituency.

"Our communities have been deeply enhanced by immigration, be it of Irish Catholics across the constituency or of Muslims from Gujarat in India or from Pakistan, principally from Kashmir," she told MPs.

"While we celebrate our diversity, what surprises me time and time again as I travel around the constituency is that we are far more united and have far more in common with each other than things that divide us."

She abstained in last year's contentious vote on allowing British military action in Syria, insisting a more wide-ranging attempt at a solution to the conflict was needed.

The MP was among the 36 of Labour's 232 lawmakers who nominated veteran socialist Jeremy Corbyn to get on the ballot paper in last year's Labour leadership contest.

He won by a landslide but she personally voted for Liz Kendall, the most centrist of the candidates on offer, who finished fourth and last.

Like the vast majority of MPs in the left-of-centre party, she was campaigning for Britain to stay in the European Union in the June 23 referendum.

"Jo believed in a better world and she fought for it everyday of her life with an energy, and a zest for life that would exhaust most people," her husband wrote.

"She would have wanted two things above all else to happen now: one that our precious children are bathed in love and two, that we all unite to fight against the hatred that killed her."