Every cigarette rots you, inside out 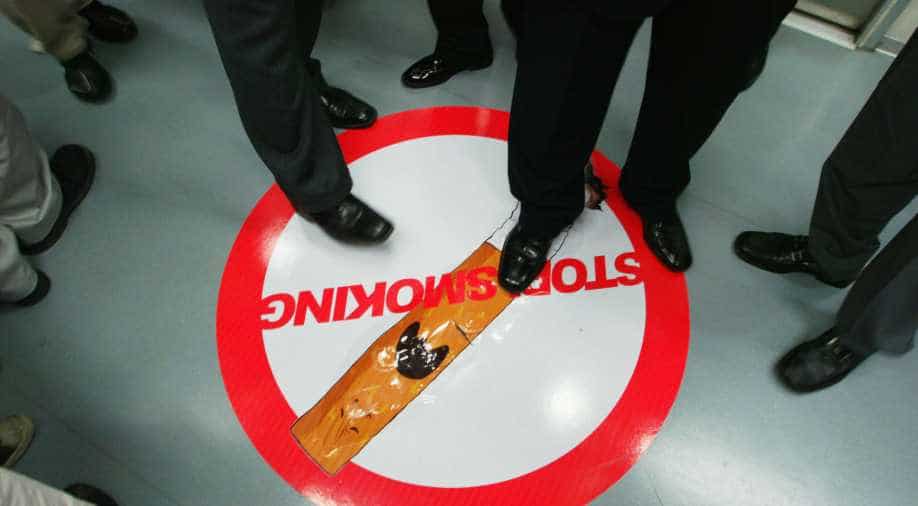 South Korean subway passengers stand inside a 'No Tobacco Theme' subway on May 31, 2005 in Seoul, South Korea. Photograph:( Getty )

Follow Us
Gory pictures on cigarette packets depicting the dangers of smoking have helped people kick the butt. But despite all the images of the diseased lungs and heart, the number of girls taking to the habit of smoking is on the rise. One of the prime responsibilities and a large opportunity in public health in the 21st century is to prevent the increase in smoking among women.

The World No Tobacco Day was a theme initiated in 2010 with an intention to draw a relation between gender and tobacco, with an emphasis on marketing cigarettes to women. This theme was chosen "to draw particular attention to the harmful effects of tobacco marketing towards women and girls". And this continues to be observed year-on-year.

In the garb of being modern, fashionable, independent and self confident, women/girls consider smoking as an expression of independence. While it is imperative that women`s empowerment continues, attention must be paid to its potential link to increased smoking among women and to the ways in which the tobacco industry is capitalising on societal changes to target them.

Parent connectedness also plays a vital role. Adolescents desire greater connectedness to parents, school, and community. Unfortunately, today`s busy adults frequently relinquish responsibility and supervision of teens allowing them greater opportunities to participate in unhealthy behaviours. When the adolescent is unable to meet her need for affirmation within the family, in this case, the daughter with the mother, the affiliation with the peer group may be greater.

A study has indicated that women who continue to smoke die on an average more than 10 years sooner than those who never smoked. While lung cancer is the most infamous hazard linked to smoking, the habit also raises the risk of death from heart disease, stroke, pulmonary disease and other cancers, including breast cancer.

Interestingly, what several are unaware are the changes in manufacture of cigarettes that has led to increased dangers. The use of perforated filters, tobacco blends that are less irritating, and paper that is more porous has made it easier to inhale smoke and has encouraged deeper inhalation to achieve satisfying blood levels of nicotine. The result of deeper inhalation is chronic obstructive pulmonary disease (COPD).

Women who smoke are also more likely to have fertility problems. A single butt can result in more than 7,000 chemicals spreading through the entire body and the organs. This could lead to ovulation problems, damage to reproductive organs, damage to eggs, premature menopause and increased risk of miscarriage.

It`s never too late to reap the benefits of quitting. The younger you are when you stop smoking, the greater your chances of living a long and healthy life. And we can do a lot better to reduce the prevalence of smoking with the tools currently in hand if government agencies, medical insurers and the public work in tandem.

(Dr. Rajat Arora is an Interventional Cardiologist and Medical Director at Yashoda Hospitals in Delhi. The views expressed are personal. He can be contacted at drrajat@yashodahospital.org)