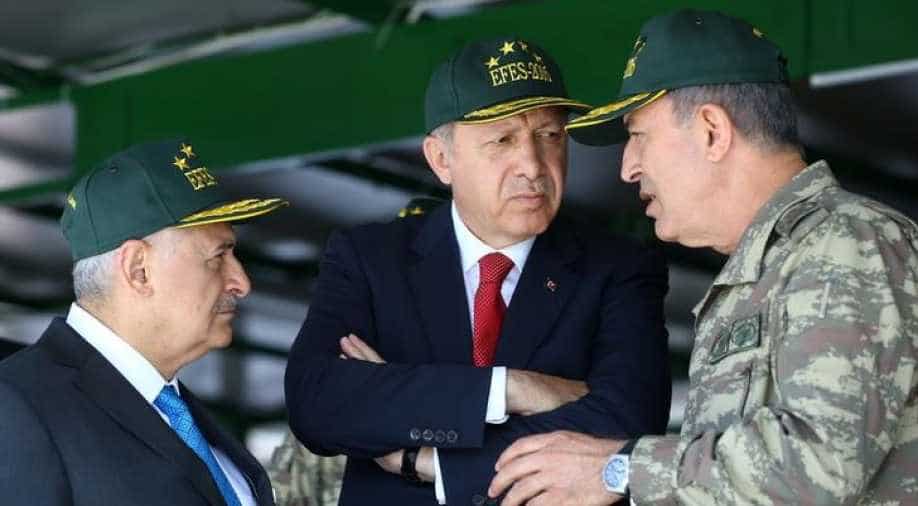 Turkey's president warned Germany on Tuesday that its plans to declare the 1915 mass killing of Armenians a genocide would damage bilateral ties, raising new concerns about an EU-Turkey migrant deal championed by Chancellor Angela Merkel.

German lawmakers are expected to approve a symbolic resolution on Thursday that labels the killings of up to 1.5 million Armenians by Ottoman forces "genocide", a description that Turkey strongly rejects.

The vote had been scheduled to take place over a year ago, on the 100th anniversary of the massacre, but Merkel's allies in parliament pushed it back repeatedly out of concern that it could hurt relations with Ankara.

Now they have run out of time and may be wishing they had let the vote take place sooner.

The opposition Greens have pushed the resolution onto the agenda at an extremely awkward time for Merkel, the driving force behind an agreement between the EU and Ankara that has helped slash the number of illegal migrants entering Europe.

The deal has eased political pressure on Merkel at home. But it has been under a cloud since its strongest proponent in the Turkish government, Ahmet Davutoglu, was pushed out as prime minister this month. Since then, President Tayyip Erdogan has questioned aspects of the agreement and some of his allies have even threatened to unleash a new wave of refugees on Europe.

In comments to reporters before he left for an official visit to Africa, Erdogan lashed out at those who he said were trying to "deceive" Germany over the 1915 events, without accusing anyone in particular.

"If Germany is to be deceived by this, then bilateral diplomatic, economic, trade, political, and military ties - we are both NATO countries - will be damaged," he said.

The comments came after he spoke to Merkel by telephone to express his concern about the resolution. Sources in both capitals said Erdogan had initiated the call.

The resolution, which is formally supported by Merkel's conservative bloc, the centre-left Social Democrats and the Greens, uses the word "genocide" in the headline and text.

"The fate of the Armenians is exemplary in the history of mass exterminations, ethnic cleansing, deportations and yes, genocide, which marked the 20th century in such a terrible way," it reads.

The resolution also touches on the "inglorious" role of the German Empire, a military ally of the Ottomans, because it did nothing to stop the massacre.

Turkey argues that the there was no organised campaign to wipe out the Armenians, who are Christian, and no evidence of any such orders from the Ottoman authorities.

Cem Oezdemir, a leader of the Greens with Turkish roots, told Reuters he had experienced weeks of personal attacks from Turkish nationalists on social media and via email because of his role in championing the resolution.

"It wasn't our goal to hold this vote now," Oezdemir said. "But the timing is not that important. The Bundestag is doing this because this is also a part of German history. The Ottoman and German empires were essentially brothers in arms."

The vote coincides with deepening public scepticism in Germany towards Turkey and Erdogan in particular. Critics accuse Merkel of going soft on Ankara over human rights because of her desire to stem the flow of migrants.

Last month she drew fire for allowing German prosecutors to look into charges against a comedian who mocked Erdogan in a crude poem. The comedian, Jan Boehmermann, has accused Merkel of serving him "up for tea to a highly strung despot".

Merkel and other top ministers are expected to vote for the resolution, although some, including Foreign Minister Frank-Walter Steinmeier, have questioned the wisdom of it in public.

Some officials fear it could stir tensions with the roughly 3 million people of Turkish origin who live in Germany.

Last year, German President Joachim Gauck condemned the killings of Armenians as "genocide" in a speech to mark the 100th anniversary of the massacres. Germany had previously avoided using the term in connection with the massacre.