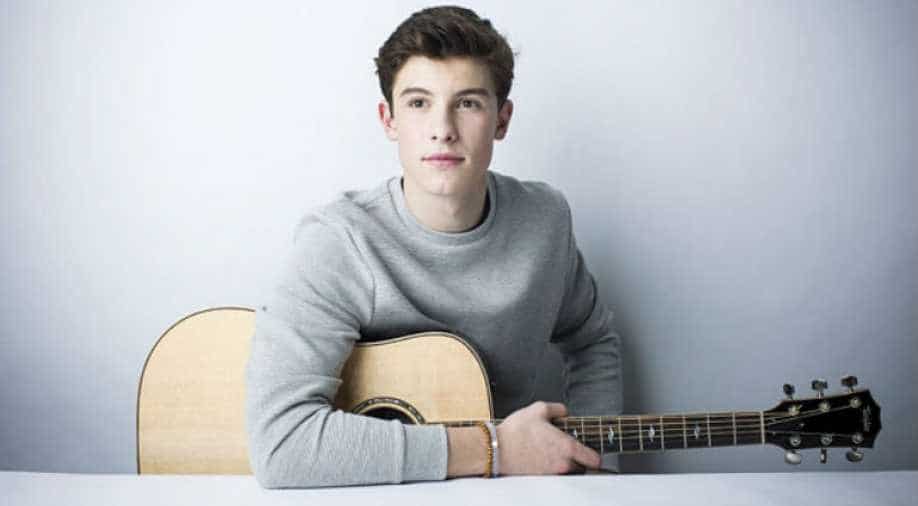 Shawn Mendes has released his track and going by the reactions, one can safely say it is a big hit. Titled In My Blood, the song was released by Mendes on his Twitter handle on Wednesday night. Since then, the tweet has received about 42k retweets, 80k likes and 316k views.

Actor Trace Gaynor of Pitch Perfect 2 fame tweeted, "dang these are some vulnerable lyrics. props to @ShawnMendes, it`s been a while since I`ve felt a song like this #InMyBlood".

dang these are some vulnerable lyrics. props to @ShawnMendes, it's been a while since i've felt a song like this #InMyBlood

A fan wrote, "Shawn releasing a song like this is so important. So raw, real and open. I`m SO PROUD. It`s perfect #InMyBlood #InMyBloodOutNOW".

American singer Baby Ariel tweeted, "ok I am crying. absolutely beautiful. #inmyblood @ShawnMendes".Singer Brandon Evans wrote, "You all know #InMyBlood is so good. Straight! Amazing job bro! You have evolved vocally so much. I remember you asking me how to riff very fast at our hotel at Magcon 4 years ago. So proud and I`m definitely going to cover this song! @ShawnMendes"."I LOVE THAT SONG", wrote another fan.

One fan tweeted, "SHAWN !!! THIS IS ONE OF YOUR BEST SONGS !! LOVE IT #InMyBlood #InMyBloodAtMidnight".The 19-year-old singer shared the song on his social media earlier in the day and had tweeted, "New single #InMyBlood out now! Go stream & download".

Few hours before releasing the song, he had shared a note with his fans and written, "Just wanted to write this note before the song comes out tonight & say how excited I am for you all to hear it. I know I`ve been pretty quiet during this album process & I just wanted to thank you with all of my heart for being there and supporting me the entire time. This song is the closest song to my heart that I`ve ever written & I hope you guys love it and all the new music coming your way. I love and appreciate you all so much!!! Thank you! "

Meanwhile, Mendes has made it to the list of honorary performers that are going to perform on Queen Elizabeth II`s birthday celebration on April 22 at Royal Albert Hall in London.