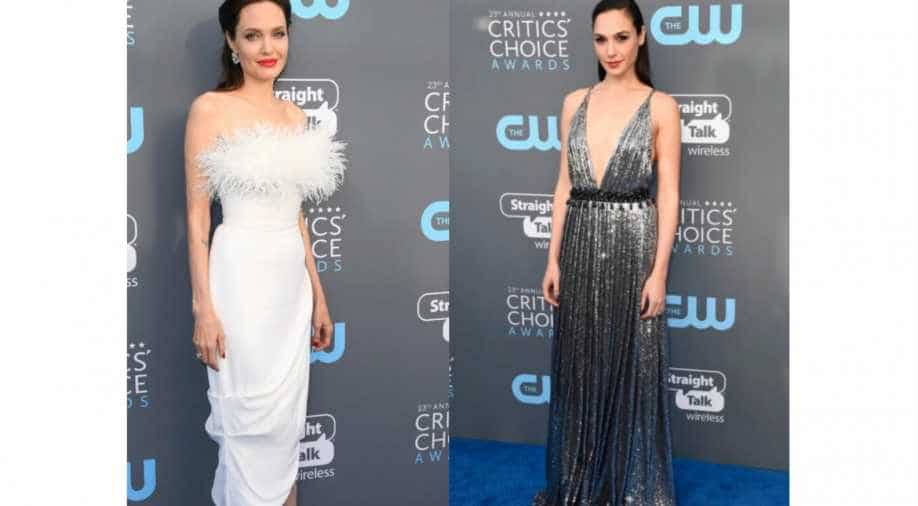 The 23rd annual Critics' Choice Awards concluded Thursday handing out the biggest prizes to “Get Out,” “The Shape of Water,” “Big Little Lies” and “The Handmaid’s Tale”.

Honoured by the Broadcast Film Critics Assn. and Broadcast Television Journalists Assn., the awards show saw some of the best and biggest names of the entertainment industry coming out to receive their awards.

Critics' Choice Awards looked like a highlight of the famed Golden Globes 2018 with “Time’s Up” movement gaining momentum at this event too.

The mystical romantic movie “The Shape of Water” walked away with the most movie awards with four, including best picture and best director for helmer Guillermo del Toro.

On the television front, “Big Little Lies” also went back home with four wins, including best-limited series prize. “The Handmaid’s Tale” and “The Marvelous Mrs. Maisel” won in the top drama and comedy fields.

While the television acting honours were lauded on Sterling K. Brown (“This Is Us”), Nicole Kidman (“Big Little Lies”), Ted Danson (“The Good Place”) and Mayim Bialik (“The Big Bang Theory”).

James Franco, the “Disaster Artist” star won the award for best actor in a comedy but was not seen attending the ceremony. The presenter Walton Goggins accepted on his behalf.

Best Picture
“The Shape of Water”

Best Adapted Screenplay
“Call Me by Your Name” (James Ivory)

Best Song
“Remember Me” from “Coco”

Best Visual Effects
“War for the Planet of the Apes”

Best Actor in a Comedy
James Franco, “The Disaster Artist”

Best Actress in a Comedy
Margot Robbie, “I, Tonya”

Best Sci-Fi or Horror Movie
“Get Out”

Best Actor in a Drama Series
Sterling K. Brown, “This Is Us”

Best Movie Made for TV
“The Wizard of Lies” (HBO)

Best Actor in a Movie Made for TV or Limited Series
Ewan McGregor, “Fargo”

Best Actress in a Movie Made for TV or Limited Series
Nicole Kidman, “Big Little Lies”