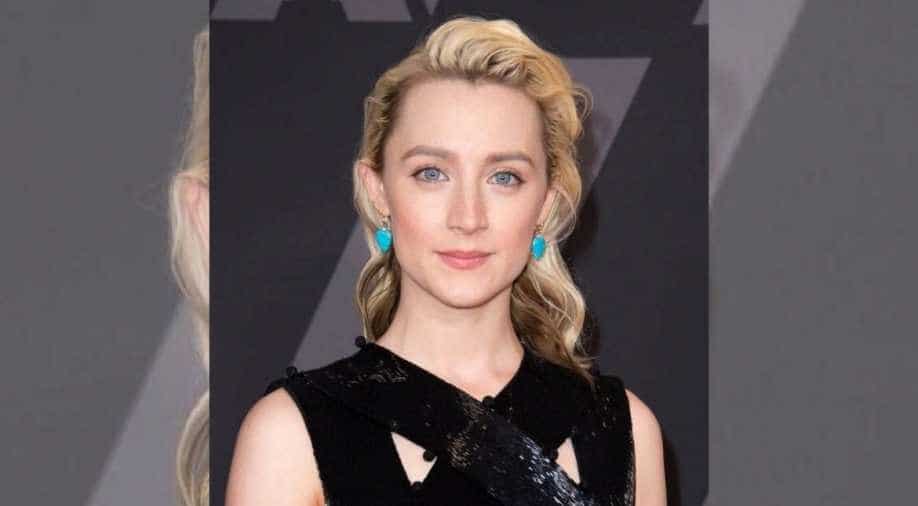 Saoirse Ronan is already prepped up for Golden Globes 2018 Sunday night after winning the coveted Best Actress honour at the New York Film Critics' Circle Awards for her performance in the film "Lady Bird".

The New York award winners were initially announced last month while the ceremony took place at the TAO Downtown restaurant in the city on Wednesday night.

Ronan was seen with "Lady Bird" writer-director Greta Gerwig, who was receiving the award for Best Film.

Greta Gerwig presents the award for best actress to Saoirse aronan for @LadyBirdMovie. Here is @joshrothkopf on the film. #NYFCC pic.twitter.com/jhMxpUeLiS

At the Golden Globes, Ronan is nominated in the Best Actress - Musical or Comedy category at the Golden Globes 2018 for her role as Christine 'Lady Bird' McPherson in Gerwig's Oscar-tipped coming-of-age story.

Earlier this week she received the Desert Palm Achievement Award at the Palm Springs Film Festival Gala in California.

Speaking about the decision of several actresses wearing black at the Golden Globes, she told press at the Palm Springs Festival that she is in "solidarity with those who have been sexually harassed" and "will wear black".

She added, "I'm bringing one of my best friends with me and she'll be wearing black also."

Best First Film: Get Out

Best Actor: Timothee Chalamet, Call Me by Your Name