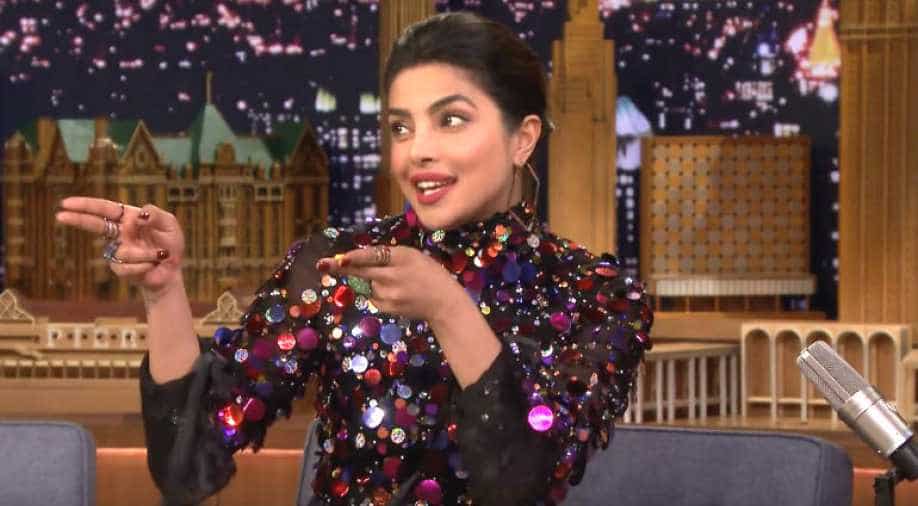 Priyanka Chopra appeared on The Tonight Show starring Jimmy Fallon to promote the third season of Quantico. And while did speak about her show's third season, host Jimmy Fallon also asked her about her attendance at the royal wedding. Priyanka, who is known to be friends with the bride-to-be, Meghan Markle, had recently confirmed that she indeed will be a part of the royal wedding.

Chopra, on Fallon's show, said "Forget attending or not, I’m just really happy for a friend of mine.”

Chopra also mentioned that how she got 'scammed' by the media into admitting about her attendance at the wedding.

Ever since Britain's Prince Harry and Meghan Markle announced their engagement in 2017, there have been speculations on whether Chopra would be attending the wedding or not.

The Suits actress is known to be close to Chopra. The two actresses met at a Women On TV event a few years back and have been friends ever since. They have often put up photos of each other on their Instagram accounts which sparked off the speculations of Chopra's attendance at her wedding.


On Fallon's show, Chopra recalled how they met and have been friends for a long time. This was Chopra's third appearance at Jimmy Fallon's show.