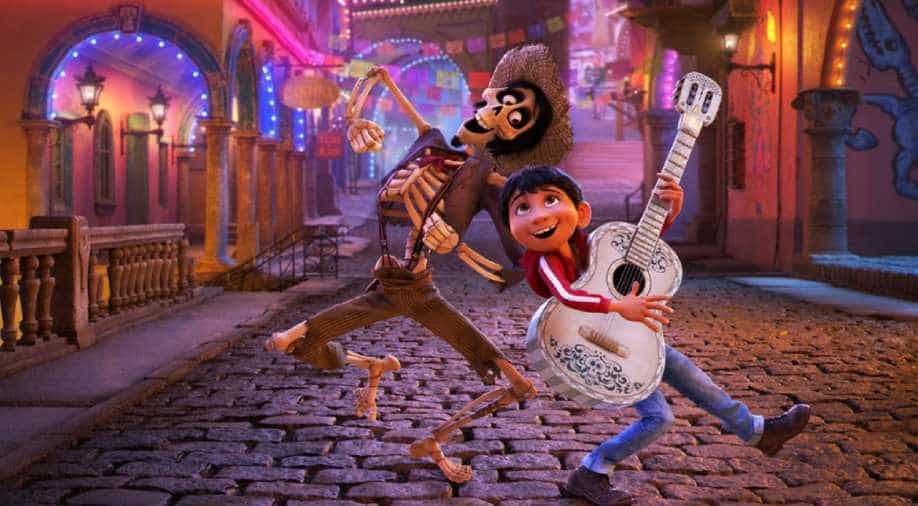 A still from Pixar's animated movie 'Coco'. Photograph:( Others )

A front-runner for 90th Academy Awards scheduled for March 4, Pixar's animated movie "Coco" has been receiving rave reviews both commercially and critically.

If getting nominated for Best Animated Feature Film was not enough, the film's theme song "Remember Me" is also up for Best Original Song category.

Now, to heighten the joy of those who enjoyed the film -- singers LaFourcade and Miguel who sang “Remember Me” together on the soundtrack along with Garcia Bernal, who voiced the character Hector in the movie and sings a Spanish version of the song -- will now be pairing for a live performance at the Oscars.

The song “Remember Me” was originally composed by Robert Lopez and Kristen Anderson-Lopez, the songwriting couple who won an Oscar for “Let It Go” from Disney’s 2013 hit film "Frozen".

Here's hoping that the Mexican-culture themed film wins it big at Oscars!