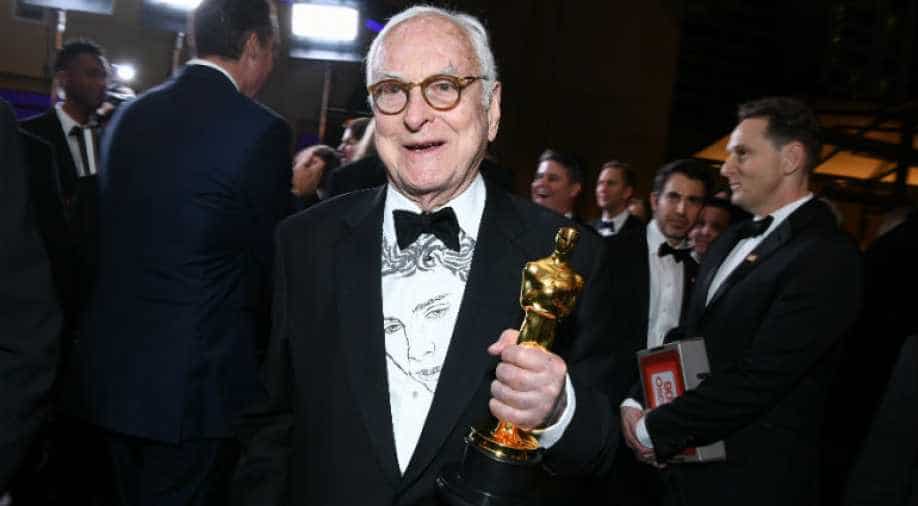 Ivory's decided to root for his film's leading man Timothee Chalamet in a unique way on the red carpet. Photograph:( AFP )

As screenwriter James Ivory walked up on the stage on Sunday night to receive the Oscar for Best Adapted Screenplay, he created history. Ivory is the oldest Oscar Winner in the history.
This was Ivory's first win but fourth nomination.

The 89-year old won the award for the film Call Me By Your Name. The writer-director-producer threw major support goal on the red carpet as well.Instead of going with the conventional white button-down shirt under his tuxedo, Ivory donned a white shirt with a twist -the face of 22-year-old star of the film, Timothee Chalamet printed on it.

The romantic-drama had been nominated for three more awards, apart from Adapted Screenplay, in 2018 - Best Picture, Original Song, and Lead Actor.Interestingly, Ivory is also the oldest-ever BAFTA winner as well for the same movie.