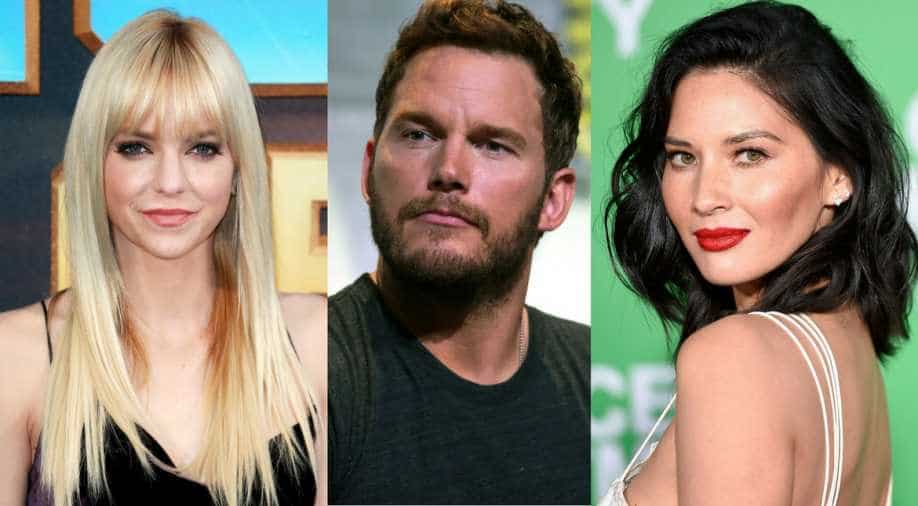 In a sweet gesture, actress Olivia Munn wrote to Anna Faris about her not dating Faris' ex-husband Chris Pratt.

Ever since Chris Pratt filed for divorce from wife of the time Anna Faris in December last year, rumours mills have worked overtime to prove an alleged affair of Pratt or Faris that broke the marriage.

News then came that Pratt was allegedly dating Olivia Munn "secretly" -- that infuriated Faris and eventually led to their divorce.

Putting this to a stop, Olivia Munn clarified to Faris that she is not dating her former husband via Instagram stories.

The first in the order read "Hello!" followed by next slide which gives some pointers: "1. Not every woman is scorned and upset after a breakup. 2. Not every woman is "furious" at another woman for dating her ex. 3. So even if I was dating @prattprattpratt, some tabloids got me and @annafaris all wrong. 4. Women respect and love each other a lot more than some people like to think. 5. Chris and I would have a horrible celebrity name."

Next, there is a text conversation between the two ladies where Munn writes: "Hey there! Sooo... I would never respond to random tabloid stories, but since we know each other I wanted to reach out to you personally to tell you the story about me and Chris dating has 0% truth. I'm not sure you already know it's not true, or maybe didn't care either way, but I just wanted to reach out personally to tell you it's not true. Anyway, I hope you had an amazing holiday and an even better 2018 ????????????✨????????"