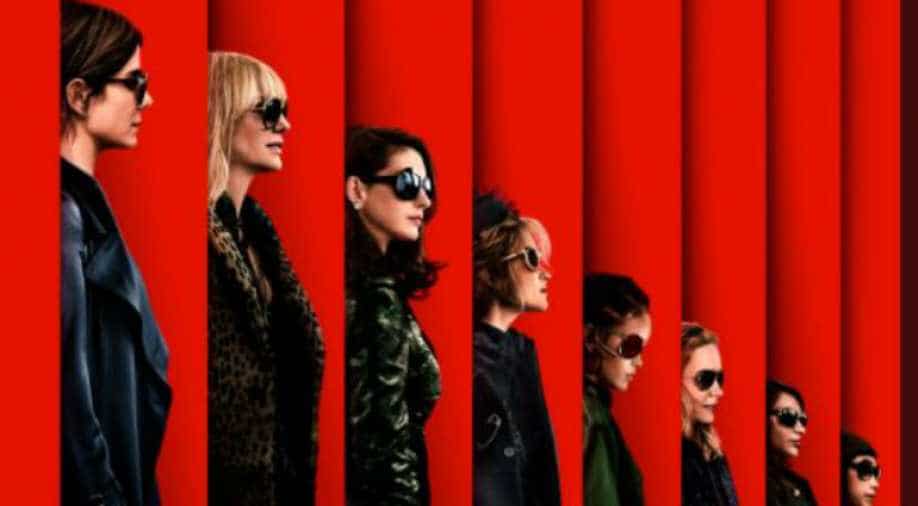 The poster was released recently by Warner Brothers Photograph:( Twitter )

If the teaser is this slick, what would the movie be like? One of 2018's most anticipated films, Ocean's 8 is teasing fans for the past few days with glimpses of the film. First the producers, Warner Brothers released the poster and now they have released a teaser.

The video only gives a short glimpse of all the 8 leading women but that is enough to get us excited.

Here is the 15-second teaser.


The trailer is expected to come out today.

A sequel to the Ocean's series, Ocean's 8 has 8 actresses playing con women in the heist movie. The film stars a host of Hollywood bigwigs including Sandra Bullock, Cate Blanchett, Anne Hathaway, Rihanna and Helena Bonham Carter. The film will release in theatres on June 8th, 2018.