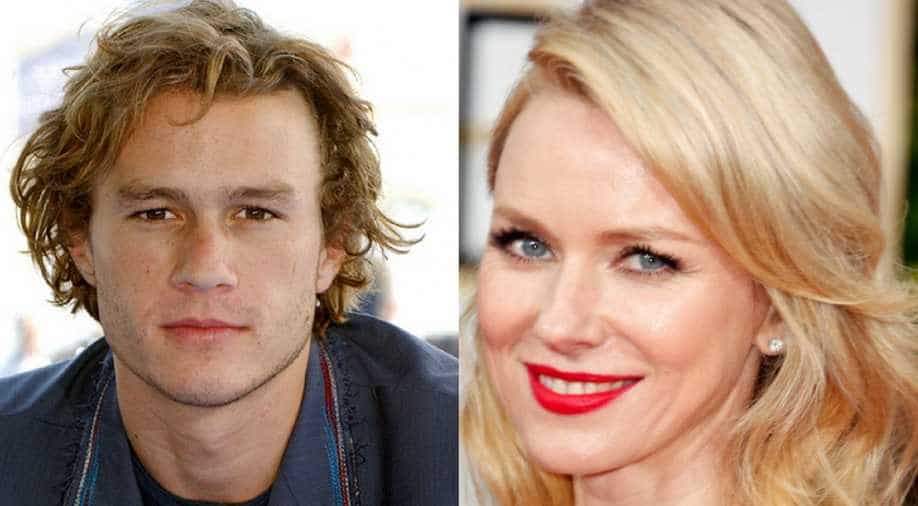 Naomi Watts and Heath Ledger dated each other from 2002 to 2004 before the young actor passed away in 2008. (Source: BANG SHowbiz) Photograph:( Others )

The "Brokeback Mountain" star passed away on January 22, 2008, after suffering from cardiac arrest brought on by prescription drug intoxication at the age of 28.

His former partner Naomi - who dated the actor from 2002 to 2004 - remembered him in a touching social media post.

Posting a professional picture of Heath - who went on to date Michelle Williams, with whom he had a daughter named Matilda, now 12 - Naomi wrote: "Thinking about this beautiful soul today. 10 years ago he left this world. He was a true original. Heart always on his sleeve, with the most powerful charisma, strength, humour and talent. I will never forget his gentle spirit. (sic)"

Thinking about this beautiful soul today. 10 years ago he left this world. He was a true original. Heart always on his sleeve, with the most powerful charisma, strength, humor and talent. I will never forget his gentle spirit. ❤️ #heathledger ???? @wattsupphoto

It comes after Michelle Williams' longtime best friend Busy Phillips posted videos on her own Instagram account where she broke down in tears in her car whilst listening to MGMT's hit single 'Time To Pretend', as it reminds her of the "Dark Knight" star.

She said in the videos: "I was just driving and I was thinking about my friends Heath who died 10 years ago and this song came on, 'Time to Pretend'. It came out after he passed away and I remember when it came out, because [I thought] it made me think of him. I just thought he would have liked this song. And for some reason, every time I hear this song ... it's weird."

Previously, Michelle insisted it "won't ever be right" for her to raise Matilda - who was just two at the time of Heath's passing - without her father.

She said: "In all honesty, for pretty much everything else, I feel like I'm a believer in not fighting circumstances, accepting where you are and where you've been.

"In pretty much all senses but one, I would be able to go totally down that line of thinking were it not for Matilda not have her dad.

"You know, that's just that something doesn't ... I mean, it just won't ever be right."