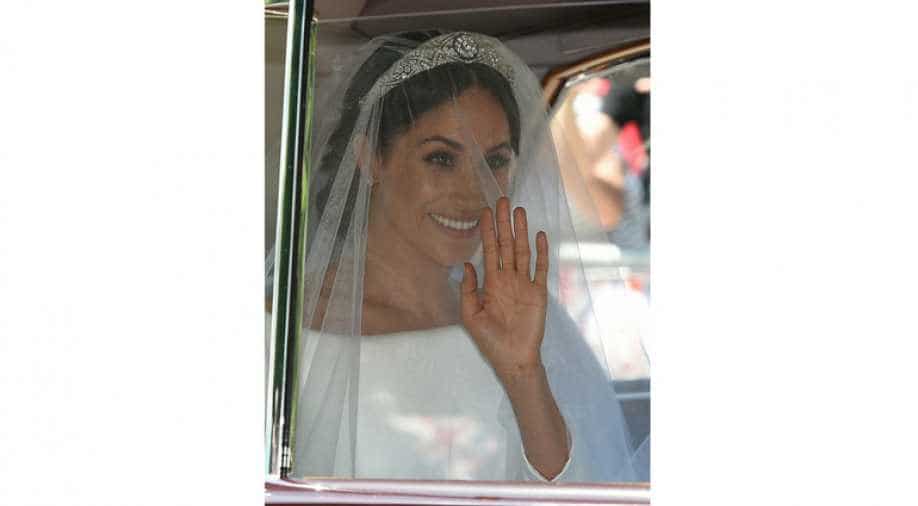 The long-sleeved dress with a boat neck had been eagerly anticipated by royal fans around the world for months, with speculation over which designer would have the coveted role of making the frock.

"The focus of the dress is the graphic open bateau neckline that gracefully frames the shoulders and emphasizes the slender sculpted waist," the palace said in a statement.

"The lines of the dress extend towards the back where the train flows in soft round folds cushioned by an underskirt in triple silk organza. The slim three-quarter sleeves add a note of refined modernity."