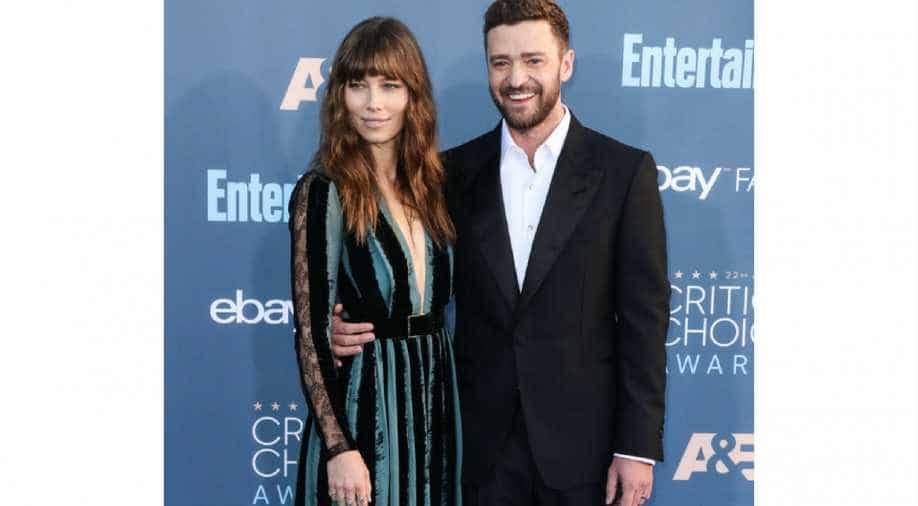 Justin Timberlake and wife Jessica Biel have a two-year-old son together but Justin wants to add to the family soonest. (Source: BANG Showbiz) Photograph:( Others )

Justin Timberlake wants "as many kids" as he can.

The Can't Stop The Feeling! hitmaker - who has son Silas Randall, two, with his wife Jessica Biel - would love to add to his family sooner rather than later.

Speaking on Beats 1 radio, he said: "I want to have as many kids as we can, if I'm being honest. I've never felt more inept my life. You wake up and all of a sudden there's this human being you're responsible for."

Justin previously admitted he would love to have a daughter with Jessica.

Speaking at the Hollywood Reporter's Power 100 Women in Entertainment breakfast, he said: "I feel really inspired to be in this room. People like Angelina [Jolie], Sherry [Lansing], Shonda [Rhimes], Nancy [Dubuc] and you strong women that are younger than me ... Oh my God, I've got to have a daughter. I'm ruined after today.

"To the men in this room ... I think we actually are here because we deserve the opportunity to speak up, to say when something is not right. We need to get on board. It's not a responsibility, it's our privilege. It's our privilege because at the end of the day if you can be lucky enough to be raised by a strong woman and convince a strong woman [Jessica Biel] to marry you, you will realise that we are nothing without the strength of women."

Meanwhile, Jessica previously revealed her and Justin's relationship works because they're both "selfish".

She said: "We really have a lot of similarities. We believe in loyalty, honesty. We like to have fun. Also, in the business, we're very career-oriented, and you have to be a little selfish. I understand that about my peers - about being focused and driven - and if you have someone who shares the same values as you, it's like, 'Score!'"