John Cena wants to get back with Nikki Bella, says 'I want to make her my wife. I want to be the father of her children' 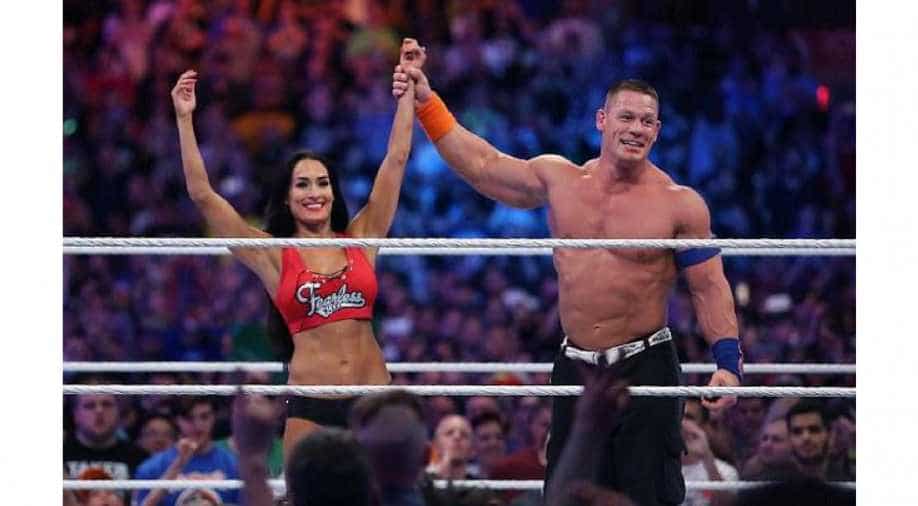 John Cena might look tough when fighting in the wrestling arena but looks like the wrestler goes weak in the knees for former fiancee Nikki Bella, who he was supposed to get married to -- but the couple called off their wedding just a couple of weeks before the D-day.

In an emotional interview, John now bared his heart and revealed that Nikki remains the love of his life even though they called off their wedding so abruptly.

Talking about their breakup and reliving his memories with Nikki, John said, "There was an unfortunate set of circumstances where our relationship ended. There’s been a lot of speculation recently about me being seen in public, and everyone’s been like, ‘Oh John Cena’s enjoying the single life.’ No, I was supposed to be married and have a honeymoon over these two weeks. I am in my house alone surrounded by these emotionally strong memories. And every day from 6 to 9 I get out of the house and talk to strangers as social interaction."

In a romantic gesture, John said, “I don’t want anybody else. I love Nicole, and I’m really trying to support her in her trying to find whatever it was that made this fall apart in the first place. I don’t have any other hopes than that one day maybe we can work it out. It’s all messed up, it’s a relationship."

On what the future holds for her relationship with John, Nikki revealed, "I have hope. I’m at a point in my life where I kind of lost me and I want to find me and work on me. I just want John and I both to live happily ever after whether it's together or separate and I just don't want us to go down the road in life and have regrets of like 'I did this for you' or 'you did this for me,' so I think it's okay in relationships to take that moment. The day I say my vows, I want to say them once and I want to fully mean them, and so that's what made me hesitant — am I ready to say these vows?"