In pictures: Paris Hilton gets engaged, ring cost US $2 million 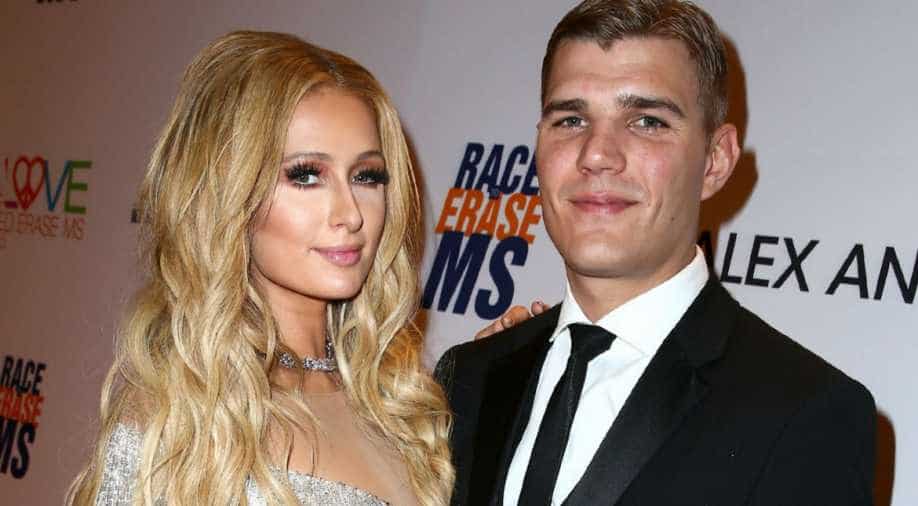 Chris Zylka and Paris Hilton have been dating for the past two years now and made their relationship public last February. Photograph:( Twitter )

Paris Hilton kicked off the new year with a surprise for her fans -- announcing her engagement with longtime-boyfriend Chris Zylka.

Heiress, model and former reality star, Paris Hilton took to her Instagram profile to share photos of her engagement and her oh-so-fabulous and massive ring that Chris popped the question with.

The actor Chris Zylka proposed the heiress on a mountaintop in Aspen, Colorado over the holiday weekend by doing the ritual of getting down on one knee.

He asked Paris to marry him with a pear-shaped diamond ring, reportedly valued at close to US $2 million (2.6 million to be exact)

Sharing pictures of the proposal on the mountaintop, Paris wrote: "I said Yas! ???????????? So happy & excited to be engaged to the love of my life. My best friend & soulmate. Perfect for me in every way. So dedicated, loyal, loving & kindhearted."

She couldn't contain her excitement and said she "felt like the luckiest girl in the world" before adding, "You are my dream come true! Thank you for showing me that fairytales do exist."

I said Yas! ???????????? So happy & excited to be engaged to the love of my life. My best friend & soulmate. Perfect for me in every way. So dedicated, loyal, loving & kindhearted. I feel like the luckiest girl in the world! You are my dream come true! Thank you for showing me that fairytales do exist.??

Paris shared photos of the proposal in seven-part photo series and then also published a video of the entire ceremony on Instagram.

It has also been revealed that diamond expert and celebrity jeweller Michael Greene, who helped design the 20-carat ring. Speaking to the media, Michael said, "He wants the best thing for his princess. And he did all the right things. He told me he had to set up a time to meet up with Paris' father to ask for her hand in marriage. He did the whole thing. All the traditions."

Paris has been engaged once before to Greek shipping heir and socialite Paris Latsis for six months in 2005 and was in relationships with Kardashian-adjacent, Brody Jenner and actor Jared Leto. She was once in the same social circuit as Kim Kardashian West, Nicole Richie (her former best friend), Mischa Barton, Lindsay Lohan and Britney Spears.

Chirs starred on the HBO show "The Leftovers," announced his love for Hilton publicly by getting her name tattooed on his arm in the Disneyesque font in July. The couple made their relationship public last February.