Hollywood mixes with royalty: The guest list at the royal wedding 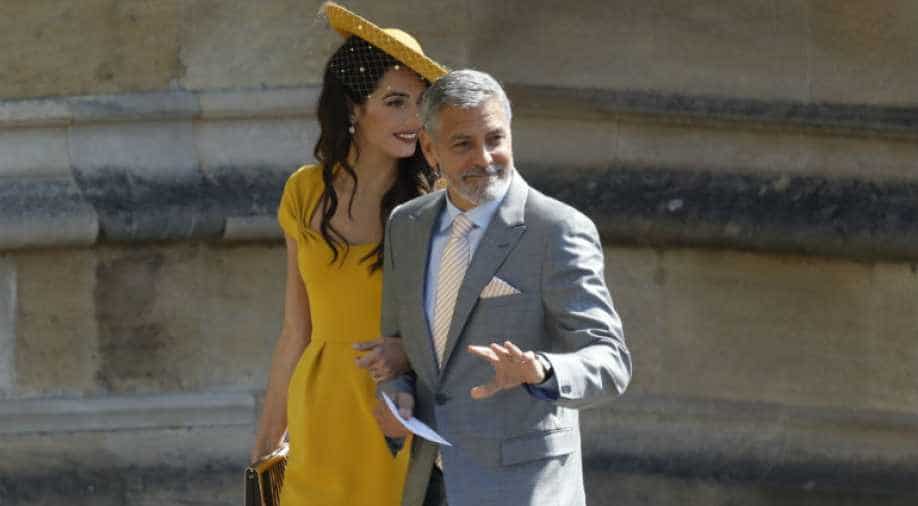 Prince Harry and Meghan Markle will be getting married in front of six hundred people at the St George's Chapel at Windsor Castle on Saturday afternoon. Celebrities from the world of entertainment and sports will be mixing with royalty. Priyanka Chopra has been confirmed to be in attendance at the royal wedding, three of the Spice Girls ( Geri Halliwell, Victoria Beckham, Emma Bunton) have received coveted invitations. The Cast of Suits (Gabriel Macht, Gina Torres, Rick Hoffman, Sarah Rafferty, Abigail Spencer and Patrick J. Adams and showrunner Aaron Korsh) are also the part of the guest list.

Prince Harry and Meghan Markle are having a significantly smaller wedding than Prince William and Kate Middleton did back in 2011. Here are all the other celebrities, both rumored and confirmed to be, attending the royal wedding.

1. Elton John  - It came as no surprise to hear that Harry’s close friend and royal family pal Elton is reportedly performing at Harry and Meghan’s wedding.
2. Ellie Goulding - The singer 31, reportedly gained an invite to the Royal Wedding, after remaining 'good friends' with Prince Harry following their brief romance two years ago.
3. Chelsy Davy - Harry’s longest relationship was with his first-love, Chelsy Davy, a Zimbabwean solicitor-turned-jewelry designer who he dated on-and-off from 2004 to 2011.
4. James Blunt - The singer and wife Sofia Wellesley have been spotted making their way toward St. George’s Chapel for the festivities.
5. Lindsay Roth - Bridesmaid, Maid of Honour and best friend is undoubtedly going to be walking down the aisle with Meghan Markle.
6. Millie Mackintosh - Meghan and Made In Chelsea alumni Millie have been friends since 2016

The Queen is said to be attending the Royal Wedding of Prince Harry and Meghan Markle. Her husband Prince Philip, who is currently recovering from surgery, is thought to be attending as well, but may not stick around for the reception. Oprah, Idris Elba, and James Blunt were among the early guests at the wedding. Tennis’s brightest star Serena Williams came in with her husband Alexis Ohanian. Reformist and feminist, Suhani Jalota from India reportedly flew out 6,000 miles to attend the most-awaited and talked about wedding of the year. The 26-year-old founder of Myna Mahila Foundation (that attempts to improve women’s menstrual health hygiene) gave an acceptance speech at the Glamour College Women of the Year Awards, where Meghan Markle sat in the audience, moved by the cause.

British soccer superstar David Beckham and his wife Victoria “Posh” Beckham arrived at Windsor Castle on Saturday afternoon. Amal Clooney grew close to Meghan due to their shared interest in human rights and humanitarian work. She arrived with her actor husband George Clooney at Windsor amid loud cheering from the crowd that has gathered outside the castle.