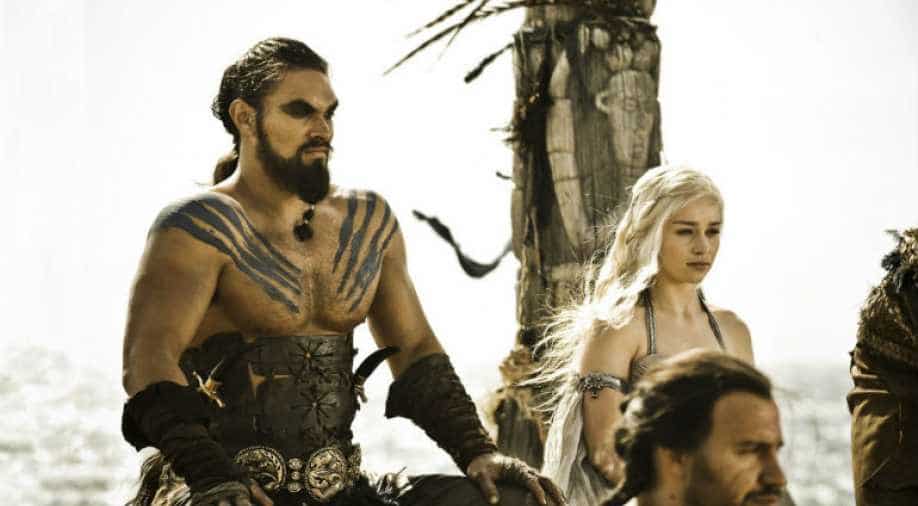 A still from Game Of Thrones. Photograph:( Others )

Actor Jason Momoa has said the finale of popular fantasy show Game of Thrones will be "the greatest thing" ever shown on television.

The Justice League star, who played the role of Khal Drogo during season one and two, also put to rest the rumours about his return on the show.

The actor recently paid the cast a visit while in Belfast which led to fans speculating that his character is returning to the show.

"I just showed up to see (producers David Benioff and Dan Weiss) and I just happened to see people on set," Momoa said.

"I haven't been over there in a long time. You just want to see your friends and you end up make headlines going, 'Drogo's back!' and I'm like, 'He's dead! He can't come back, it wouldn't work," he added.