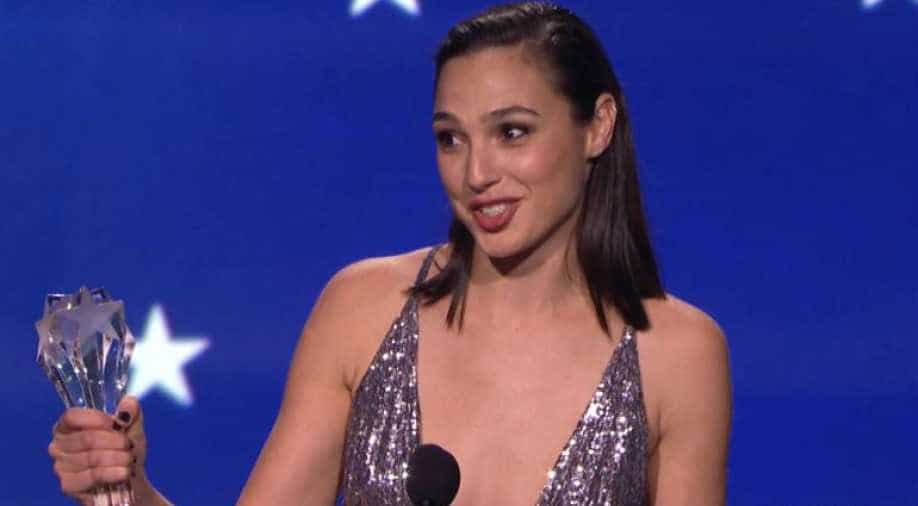 As Wonder Woman Gal Gadot received the #SeeHer trophy at the Critics' Choice Award, the actor kept alive the Time's Up spirit and called for gender equality.

#SeeHer award aims to recognise the importance of accurately portraying women across the entertainment landscape.

Gadot began her acceptance speech by pointing out that the top three films of 2017 The Last Jedi, Wonder Woman, and Beauty and the Beast were all led by women."Although this is progress, there is still a long way to go," she said.

"We've been witnessing a movement in our industry and society and I want to share this award with all the women and men who stand for what's right," the actor added as she focused on the shift in the industry as a result of the #MeToo movement.

She said that she "will never be silenced. We will continue to band together to make strides uniting for equality."