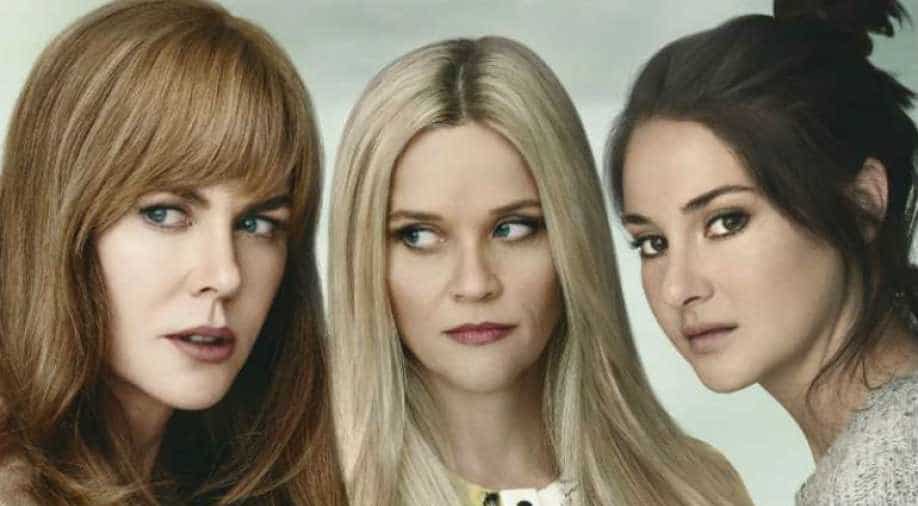 A poster of Big Little Lies which won big at Critics Choice Awards Photograph:( Others )

Critics` Choice awards turned out to be a memorable night for women of Hollywood.Most of the winners at the star-studded event were shows and movies that were women-centric.

Last year`s blockbuster movie and the first female-led superhero movie `Wonder Woman` won the Best Action Movie and the star of the movie Gal Gadot went on to win the prestigious #SeeHer award, which honours actresses for challenging female stereotypes on screen and off.

Gadot also shared about the box office success that women enjoyed but also noted that there is still a long way to go. She also expressed support for the current movement of people speaking out against harassment in Hollywood and beyond."I want to share this award with all the women and men who stand for what`s right, standing for those who can`t stand or speak for themselves," she said. "And I promise, my commitment to all of you is that I will never be silenced. And we will continue to band together to make strides uniting for equality," shared Gadot.

The HBO hit-TV series `Big Little Lies` which focuses on a trio of wealthy young women in Monterey, California and how their lives get shattered when a murder takes place in their idyllic town, unravelling a can of worms, was named the Best Limited Series.

Meanwhile, two of the driving forces of the show Nicole Kidman and Laura Dern won the acting awards for the critically acclaimed series.Nicole Kidman, who won the trophy for `Best Actress in a Limited Series` at the event, paid tribute to her co-stars and explained, "Every actor in this room knows you are only as good as the other actors you work with."Guillermo Del Toro`s cold war fantasy `The Shape of Water` was victorious in 4 categories, including Best Picture and Best Director win for Del Toro.

While accepting the Best Picture award, he could not help but mention the contribution of women that made the movie possible, including Sally Hawkins and Octavia Spencer.Even in the comedy category, the shows that told stories about women were a force to reckon with.Rachel Brosnahan won best actress in a comedy for her performance in hit-series `The Marvelous Mrs. Maisel`.

While accepting her award Brosnahan noted that even though women aren`t wearing black like most did at the Golden Globe Awards earlier in the week, she said the fight to eradicate sexual harassment continues.But the biggest admiration came from Del Toro, who closed the show Del Toro closed the show by shouting that he has always believed in the equality of women.

"Let me tell you one thing, if you don`t do that, you don`t know what you`re missing," he noted.As expected, #MeToo movement and #TimesUp movement at Critics` Choice awards was big at the event and host Olivia Munn took a different approach to address the matter by raising a `sarcastic toast` to the `good men` of Hollywood.