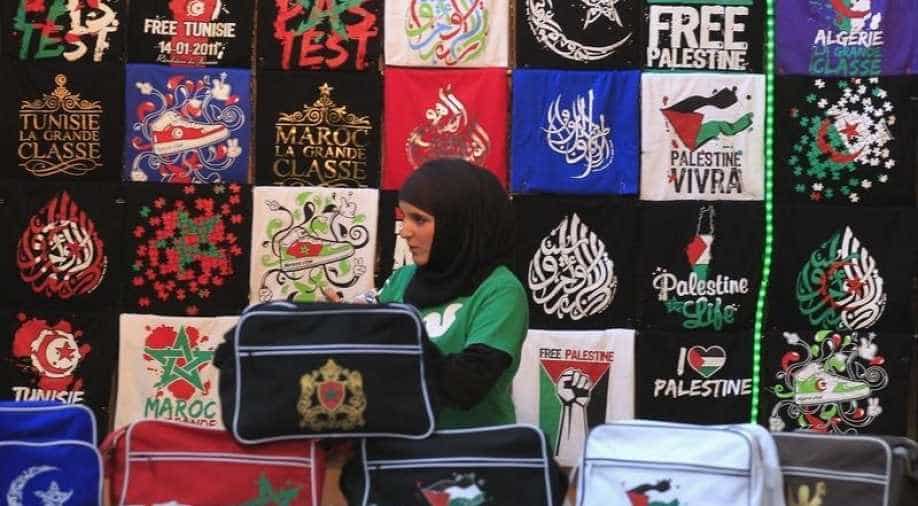 A woman works in a stall that is a part of the 1st International Muslims Fair in Brussels September 28, 2012. Photograph:( Reuters )

Companies should be allowed to prohibit staff from wearing the Islamic headscarf but only as part of a general ban on religious and political symbols, an adviser to the European Court of Justice said today.

The Islamic headscarf is a contentious issue in some European countries, particularly in France which attaches importance to the separation of state and religious institutions.

This is the first time Europe's highest court is handling a case on banning the headscarf, referred to it by a Belgian court hearing a compensation claim from a woman who was dismissed from her job for wearing an Islamic headscarf.

The woman was working as a receptionist for Belgian company G4S Secure Solutions, which has a general ban on wearing visible religious or political symbols.

The Belgian court asked the European Court of Justice whether forbidding the headscarf violated an EU law prohibiting discrimination on the basis of religion.

"While an employee cannot 'leave' his sex, skin colour, ethnicity, sexual orientation, age or disability 'at the door' upon entering his employer's premises, he may be expected to moderate the exercise of his religion in the workplace," Juliane Kokott, the EU court's advocate general, wrote in her opinion published today.

The advocate general's findings are not binding but the EU court typically follows the adviser's recommendation. A ruling from the European Court of Justice is expected later this year. The Belgian court will rule on the matter thereafter.

There are already some headscarf bans in schools and public institutions in France and Belgium. However, Germany's top court last year struck down a ban on teachers wearing headscarves in schools.