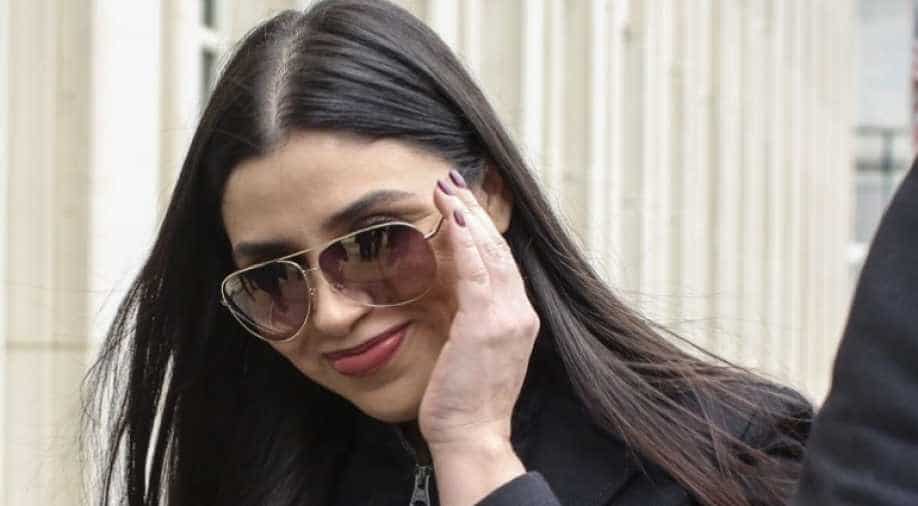 'I have a project for a line of clothing... It is my goal to promote my style and Joaquin's,' said Emma Coronel, the 29-year-old wife of the former Sinaloa cartel boss, on her Instagram account, where she has more than 100,000 followers.

The wife of Joaquin "El Chapo" Guzman is to launch a new line in clothing bearing the name of the jailed Mexican mob boss, convicted earlier this year of smuggling huge amounts of cocaine, heroin and methamphetamine into the United States.

"I have a project for a line of clothing... It is my goal to promote my style and Joaquin's," said Emma Coronel, the 29-year-old wife of the former Sinaloa cartel boss, on her Instagram account, where she has more than 100,000 followers.

Coronel said she was calling for interested designers to make contact via her lawyer Mariel Colon, one of the defence attorneys who represented her husband.

She also invited suggestions from her social media followers for the clothing line, which will feature Guzman's name and initials, JGL.

The outfits sported in court by Coronel, who has twin seven-year-old daughters with Guzman, came under close scrutiny during the cartel leader's three-month trial in Brooklyn, which ended in February.

She favoured black with tight-fitting pants that emphasized her curvaceous physique, as well as blazers and high heels.

By contrast Guzman, 61, prefers colourful shirts, baseball caps and sneakers. The shirts he was photographed wearing when he met US actor Sean Penn in 2016 at his Mexico hideout became best-sellers for Los Angeles clothing makers Barabas and are still listed on the firm's website as "El Chapo Shirt".

A woman claiming to be Guzman's daughter, Alejandrina Gisselle Guzman, launched her own brand of clothing, jewellery and liquor in January under the brand name "El Chapo 701", the number referring to the gangster's ranking in the 2009 Forbes list of the world's richest people.

Coronel's announcement made no mention of the existing clothing line with her husband's name attached to it, nor to trademark issues, it could prompt.

Guzman was convicted on February 12 of smuggling tons of cocaine, heroin, methamphetamines and marijuana into the United States over a quarter of a century. He is due to be sentenced in June and could face life in prison.