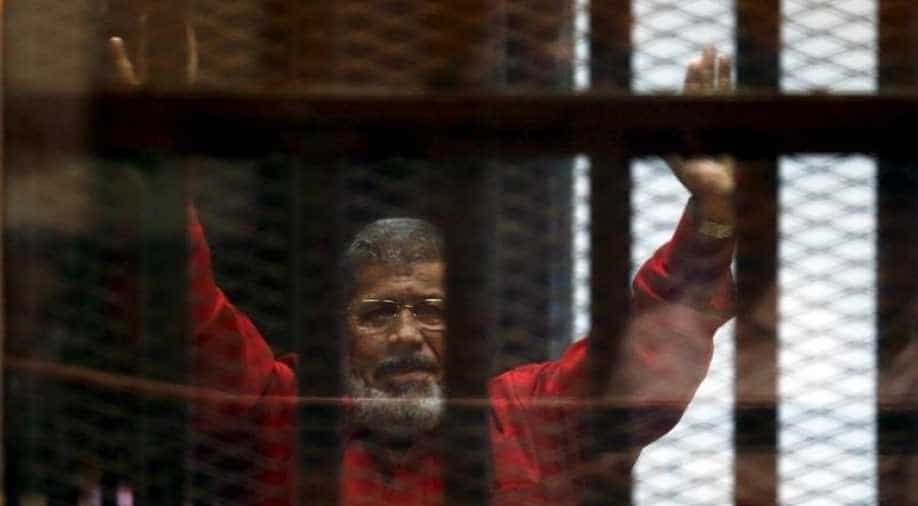 Fotouh was one of three judges who in April 2015 sentenced Mursi, also a senior Muslim Brotherhood officials, to 20 years in jail after finding him guilty of inciting violence that led to the death of 10 people in clashes with security forces. Photograph:( Reuters )

An Egyptian judge involved in the 2015 trial of former President Mohamed Morsi survived an assassination attempt on Friday.

No injuries were reported in the explosion, the interior ministry said.

Members of the militant group were arrested and weapons, explosives and evidence that the organisation was set up by the Muslim Brotherhood were seized, the interior ministry said.

Aboul Fotouh was one of the three judges who tried Morsi and sentenced him to 20 years in jail on charges of inciting violence that led to clashes with security forces in 2012 and caused the deaths of 10 people.