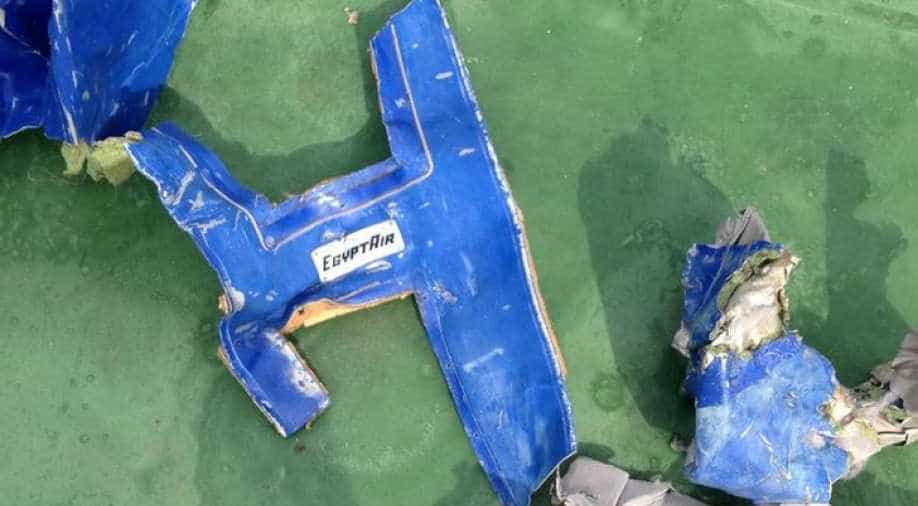 An image of recovered debris of the EgyptAir jet that crashed in the Mediterranean Sea was released May 21, 2016. Photograph:( Reuters )

The search zone for the crashed EgyptAir jet has been narrowed to 2 km (1.24 miles) from 5 km after a vessel picked up a signal from one of the black boxes, an Egyptian source on the investigation committee said today.

Locating the black boxes is crucial to understanding why the Airbus A320 plummeted into the Mediterranean en route from Paris to Cairo on May 19, killing all 66 people on board.

The source denied French media reports that claimed that the aircraft had sent a series of warnings to the flights that took off within 24 hours before it disappeared off radar screens and crashed.

"There is no truth to the reports in some French media that smoke signals were issued by the ACARS system three consecutive times during the plane’s flights to Asmara in Eritrea and Tunis and its departure from Cairo," the source said.

As search teams zeroed in on the flight recorder, France's transport minister, Alain Vidalies, said it would be about eight days before the black box of flight Ms804 would be recovered from the seabed.