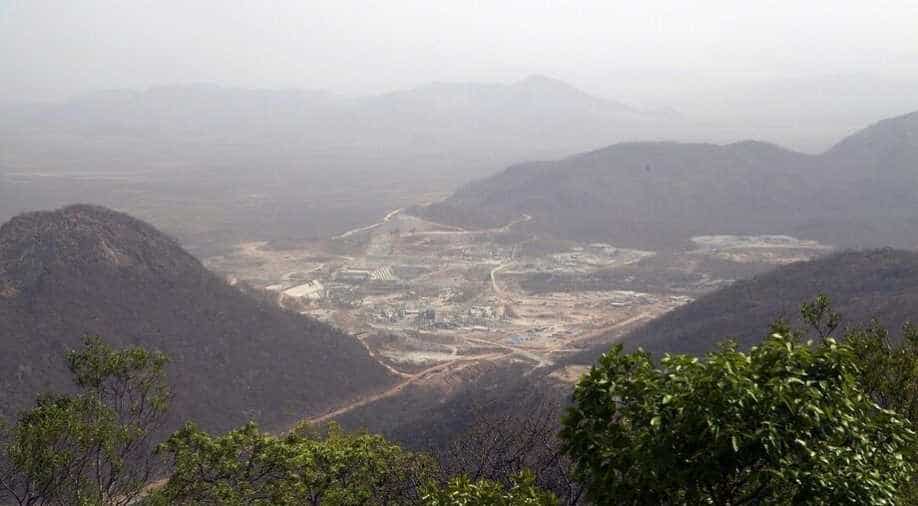 The Grand Renaissance Dam under construction near the Sudanese-Ethiopia border. Photograph:( AFP )

Egypt is concerned the huge dam will severely reduce its water supplies.

Egypt has urged international mediation over what it called "deadlock" in talks in Sudan over a massive dam under construction on the Nile River, sparking fresh tensions with Ethiopia.

Negotiations between the three countries have been at a stalemate for years after Ethiopia began constructing the Grand Renaissance Dam on the Blue Nile in 2012.

Ethiopia says the project is needed to provide electricity.

But Egypt is concerned the huge dam will severely reduce its water supplies and says it has "historic rights" to the river guaranteed by decades-old treaties.

Egypt "called for the involvement of an international party in the Renaissance Dam negotiations to mediate between the three countries," the irrigation ministry said in a statement late Saturday after a new round of talks ended in Khartoum.

An impasse was reached after Ethiopia "rejected all the proposals that take Egypt's water interests into account," the ministry added.

It said Ethiopia presented a proposal that "lacked guarantees" of the minimum water flow as well as how to deal with possible droughts.

The Ethiopian foreign ministry rejected Egypt's call for international mediation as "an unwarranted denial of the progress" of talks.

"It also goes against the consent and wishes of Ethiopia," it added.

The Egyptian presidency called on the United States to play "an active role" in the issue, invoking the need for an international party to "overcome the deadlock".

The White House had on Friday expressed "support" for the negotiations, urging all sides "to put forth good faith efforts to reach an agreement".

Ethiopia, however, dismissed Cairo's assessment of the latest negotiations.

"The allegation that talks ended in a deadlock is completely false," Ethiopian Minister for Water and Energy Selishi Bekele told reporters on Saturday.

He said that "some progress has been made" but acknowledged that there were "pending issues".

Ethiopia's foreign ministry said Egypt's approach in the talks was "another instance of a disruptive tactic it applied to halt the hydrology, environmental and social impact assessment" of the dam.

The Nile, which runs through 10 countries, is Africa's longest river and a crucial artery for water supplies and electricity for all the countries.

Its main tributaries -- the White Nile and the Blue Nile -- converge in Khartoum before it flows through Egypt to the Mediterranean Sea.

Ethiopia has said the $4 billion dam will begin generating power by the end of 2020 and will be fully operational by 2022.

Analysts fear that the three Nile basin countries could be drawn into a conflict if the dispute is not resolved before the dam begins operating.