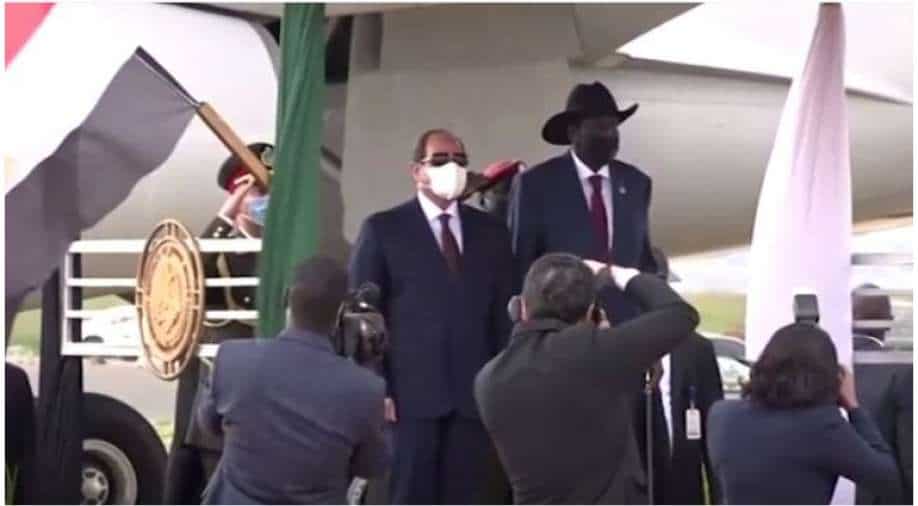 Egypt President Abdel Fattah al-Sisi arrived in South Sudan on Saturday (November 28) amid rising tension and instability in the region. The conflict between Ethiopia and Ethiopian region of Tigray is spiraling into neighbouring countrires and threatening regional stability.

Egypt, Africa's third-most populous nation, relies on the Nile for more than 90% of its fresh water supplies and wants a legally binding treaty on how Ethiopia can use the Blue Nile's waters. According to officials, President Sisi and South Sudanese President Salva Kiir, will discuss bilateral issues and exchange views on regional stability, as well as deepening South Sudan's and Egypt's diplomatic ties.

South Sudan's cabinet recently decided to change the country's currency in order to improve the economy. On November 17, the International Monetary Fund said it had approved a $52.3 million rapid credit facility to South Sudan to help it limit the economic damage of the COVID-19 pandemic.

South Sudan's economy is still buckling from the damage caused by years of civil war between government forces under Kiir and those allied with Vice President Riek Machar. The fighting hit oil production, which is now also being affected by low prices for crude.