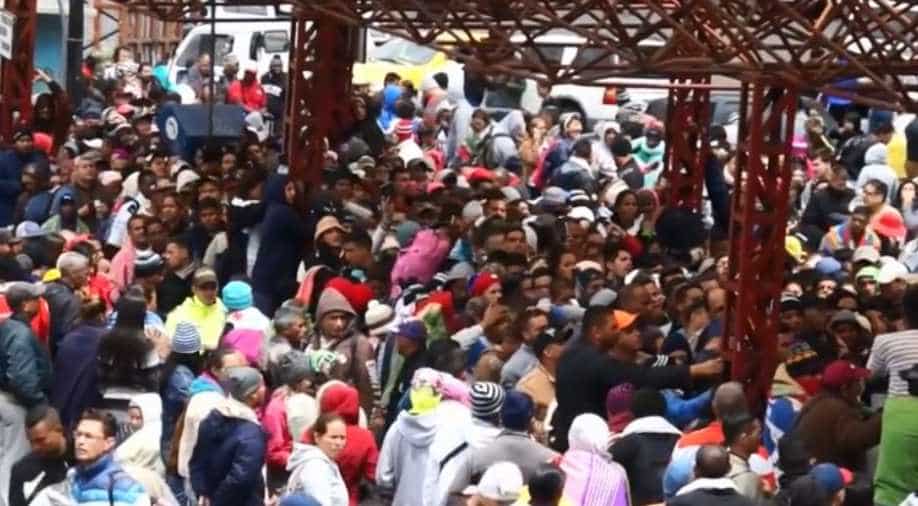 Ecuador estimates that some 600,000 Venezuelan citizens have entered the country in 2018 via the Colombian border.

Ecuador needs some $550 million to provide aid to Venezuelan citizens fleeing their country's economic crisis, and hopes to raise the funds through donations from multilateral agencies and nearby countries, an Ecuadorean official said the Friday (November 23).

Delegations from a dozen Latin American countries met in Quito on Thursday and Friday to coordinate plans to deal with the Venezuelan migration crisis, which is overwhelming social services agencies throughout South America.

Ecuador estimates that some 600,000 Venezuelan citizens have entered the country in 2018 via the Colombian border, most of whom continue on toward Peru.

Ecuador's government also hopes to obtain resources from regional multilateral organisations and may seek to create a fund financed by countries in the region, adding that it has arranged a meeting in Quito on Nov. 30 that is to include the United States, Canada, Japan, Qatar and the European Union.

The United Nations says around 3 million people have left Venezuela since 2015, fleeing the hyperinflationary collapse that has left millions unable to obtain basic food or medicine.