Ecuador policeman arrested for trying to traffic 185 tortoises in suitcase 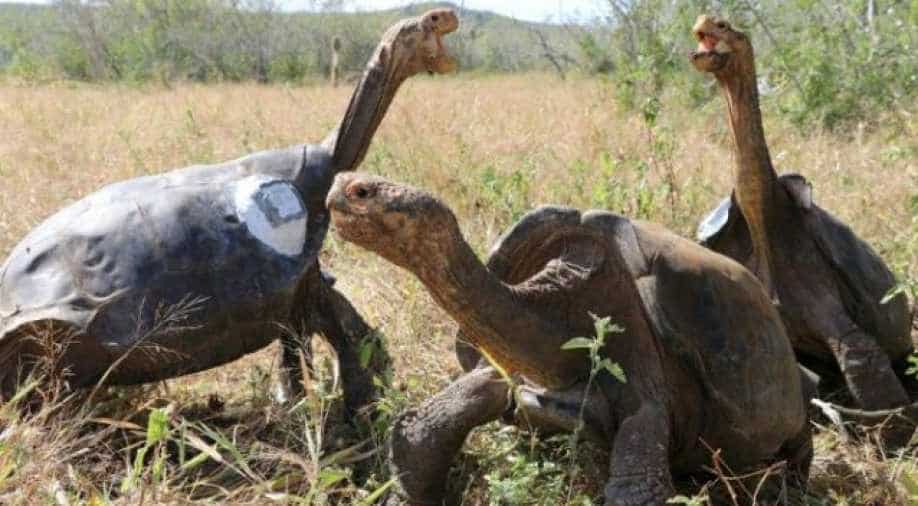 The reptiles, no more than three months old, were found in luggage destined for Guayaquil in mainland Ecuador during a routine inspection on Baltra island, authorities said

An Ecuadorian policeman has been arrested after airport officials in the Galapagos Islands discovered 185 baby giant tortoises stuffed in a suitcase to be trafficked, prosecutors said on Monday.

The reptiles, no more than three months old, were found in luggage destined for Guayaquil in mainland Ecuador during a routine inspection on Baltra island on Sunday, authorities said.

The juvenile critters had been wrapped in plastic, and ten of them had died by the time the suitcase was opened.

Another five have died since, possibly due to stress, the environment ministry reported Monday.

The policeman will be charged with crimes against wildlife and risks a three-year prison sentence, the prosecutor's office in Ecuador tweeted.

The Galapagos Islands, some 1,000 kilometers (600 miles) off the coast of Ecuador, are a protected wildlife area and home to unique species of flora and fauna.

The Galapagos are where Charles Darwin's observation of birds and tortoises on different islands gave rise to his theory of natural selection.

The reptiles -- the largest living tortoises in the world -- are the volcanic islands' star attraction, but are listed as endangered.

The environment ministry said the surviving tortoises were taken to a breeding center on the neighboring Santa Cruz island.

"The veterinary evaluation found that they are not in good health," it added.

According to the Galapagos Conservation Trust, the giant tortoise arrived in Galapagos from mainland South America some two to three million years ago, diversifying into 14 species on different islands.

After the death of Lonesome George, the last Pinta island tortoise in 2012, 12 species are thought to remain today, scattered over 10 islands, the trust website says.