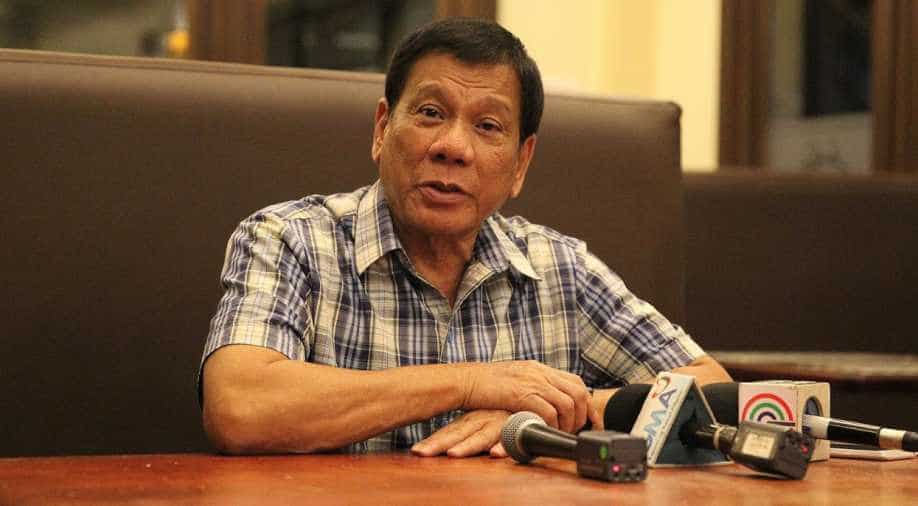 The firebrand leader said the summit should focus on human rights violations not just in the Philippines, but globally Photograph:( Others )

Journalist Maria Ressa's libel conviction on Monday has raised fresh concerns about press freedom under Philippine President Rodrigo Duterte, who has a history of clashing with the media.

Journalist Maria Ressa's libel conviction on Monday has raised fresh concerns about press freedom under Philippine President Rodrigo Duterte, who has a history of clashing with the media.

Here are some notable confrontations:

'Shameless' Inquirer
The Philippine Daily Inquirer is one of the nation's top publications and brands itself as delivering "balanced news, fearless views".

When Duterte launched his deadly crackdown on narcotics in 2016, the paper covered it extensively and published editorials sharply critical of the killings.

Duterte repeatedly attacked the paper in speeches -- at one point branding the Inquirer and the nation's top broadcaster ABS-CBN as "shameless... those sons of whore journalists".

Months later the paper's owners ended up in talks to sell to a powerful businessman and Duterte-backer, though the deal would later fall through.

ABS-CBN shutdown
The nation's top broadcaster ABS-CBN was forced off the air in May after years of threats by Duterte to shut down the network.

Early in his term Duterte accused the network of failing to air his 2016 campaign adverts and not returning the payments, and singled it out for ire in his speeches.

"I'm sorry. You're out. I will see to it that you're out," Duterte said in December.

The president's spokesman has said he is "completely neutral" on the legislature granting the network a new licence to operate.

Reporters 'not exempted' from killing
Duterte sparked outrage when he endorsed the killing of corrupt journalists as president-elect in 2016, saying "You're not exempted from assassination".

The National Union of Journalists of the Philippines described the comments as "appalling" in a nation that is one of the most dangerous for reporters.

One of the world's deadliest attacks against journalists took place in the Philippines in 2009, when 32 journalists were among 58 people killed by a warlord clan intent on stopping a rival's election challenge.

Wolf-whistle
While still president-elect, Duterte wolf-whistled at a woman journalist during a nationally televised press conference, sparking criticism from rights groups and the press.

He interrupted a question from reporter Mariz Umali before whistling and breaking into a short serenade.

While Umali subsequently sought to play down the controversy, her husband, also a journalist, had words for Duterte.

"Catcalling my wife is wrong in so many levels," husband Raffy Tima wrote on Facebook.