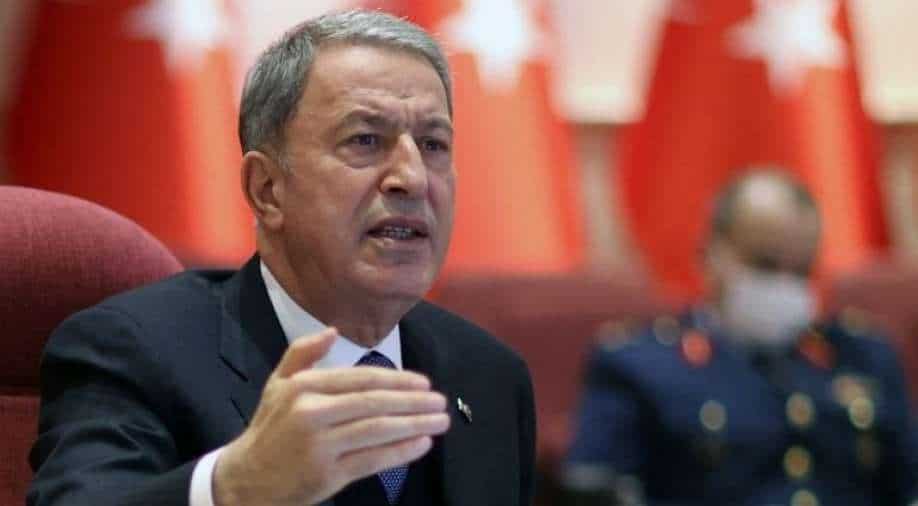 A file photo of Turkish National Defence Minister Hulusi Akar during a press conference at the ministry in Ankara. Photograph:( AFP )

Turkish Defense Minister Hulusi Akar in an interview this week proposed a compromise in which the NATO ally does not fully deploy the S-400s, which Russia originally built to target Western jets

Appearing to reject an offer by Turkey to avoid sanctions, the United States renewed its call on Ankara to get rid of an advanced Russian air defense system on Wednesday.

Turkish Defense Minister Hulusi Akar in an interview this week proposed a compromise in which the NATO ally does not fully deploy the S-400s, which Russia originally built to target Western jets.

"Our policy vis-a-vis the S-400s has not changed," State Department spokesman Ned Price said, when asked about the Turkish proposal.

"Russian S-400s are incompatible with NATO equipment, they threaten the security of NATO technology and they are inconsistent with Turkey's commitments as a NATO ally," he told reporters.

“We have and continue to urge Turkey not to retain this system."

Akar drew a parallel to historic rival Greece, which bought Russia's older S-300 system after Turkish threats to attack Cyprus but did not make them fully operational.

US officials downplayed the parallel, saying the S-400 was a more advanced system.

Turkey went ahead with the purchase despite warnings from the United States, which under former president Donald Trump booted Ankara from the F-35 fighter jet programme and imposed sanctions on Turkey's military procurement agency.

President Joe Biden before the election vowed to toughen the US stance on Turkey's president, Recep Tayyip Erdogan, whom he has described as an autocrat.

The Biden administration has already spoken out on its concerns over detentions and homophobic comments as Turkish authorities crack down on student demonstrators.