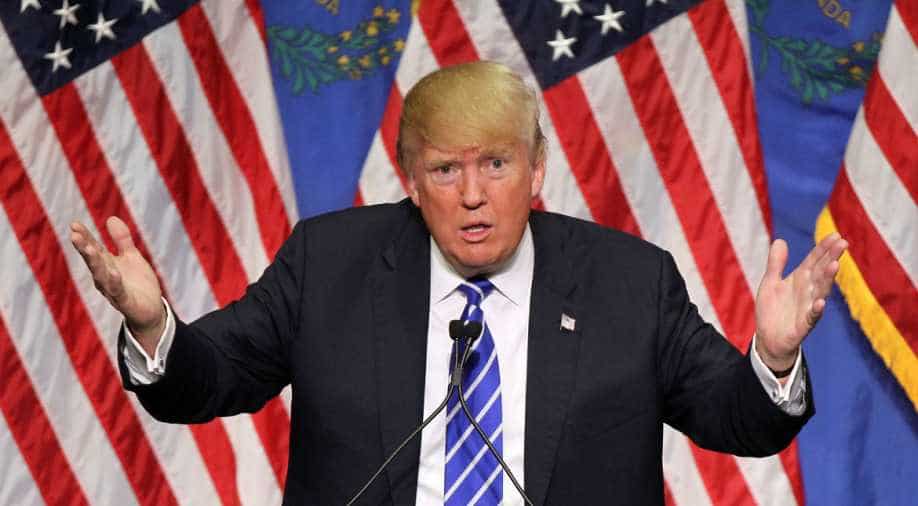 Trump said in a November television interview he will support gun restrictions for someone on a "watch list" who is "an enemy of state". Photograph:( Getty )

Presidential candidate Donald Trump on Wednesday said he will meet with the leading US gun rights group about preventing people on a government terrorism "watch list" from buying guns, a move that may put pressure on fellow Republicans to enact new gun restrictions following the Orlando massacre.

Another Republican, US Senator Pat Toomey of Pennsylvania, is already working on a bill that would keep guns from people on such terrorism "watch lists," a gun control group said.

Republicans have staunchly defended gun rights and fought off attempts during Democrat Barack Obama's presidency to implement new restrictions. But Republican opponents of gun control measures are again under pressure from Democrats after a gunman killed 49 people at an Orlando gay nightclub early on Sunday.

The National Rifle Association, a politically influential lobbying group that claims more than 4 million members and has played a key role in thwarting gun control legislation in the US Congress, on May 20 endorsed Trump, the presumptive Republican presidential nominee.

"I will be meeting with the NRA, who has endorsed me, about not allowing people on the terrorist watch list, or the no fly list, to buy guns," Trump wrote on Twitter.

Trump last month told an NRA convention that he would protect the constitutional right to bear arms. He accused the presumptive Democratic presidential nominee, Hillary Clinton, of wanting to abolish that right, which she says is false.

Trump said in a November television interview he would support gun restrictions for someone on a "watch list" who is "an enemy of state."

The FBI maintains two terrorism "watch lists," a smaller "no fly" list barring people from flying to and from the United States and a larger one of more than a million people that subjects travelers to greater scrutiny. The Orlando gunman, Omar Mateen, the US-born son of Afghan immigrants, was on the broader list at one time.

On Tuesday, the NRA said on Twitter that barring people on watch lists from buying guns is "ineffective, unconstitutional, or both."

Lizzie Ulmer, a spokeswoman for Everytown for Gun Safety, a gun-control group backed by billionaire former New York City Mayor Michael Bloomberg, said the organization was in talks with Toomey on a bill that would curb gun sales to people on the watch lists.

Toomey previously joined forces with Democrats on gun-control legislation after a gunman in 2012 fatally shot 20 young children and six educators at a Connecticut elementary school. That legislation was opposed by the NRA and killed by congressional Republicans.

Clinton said on Monday she was "bewildered" that congressional Republicans had blocked a Democratic effort to restrict gun sales to people on the watch lists.

The Trump campaign declined to provide more information about the NRA meeting. "We will send details at the appropriate time," campaign spokeswoman Hope Hicks said.

The NRA did not immediately respond to a request for comment.
(Reuters)