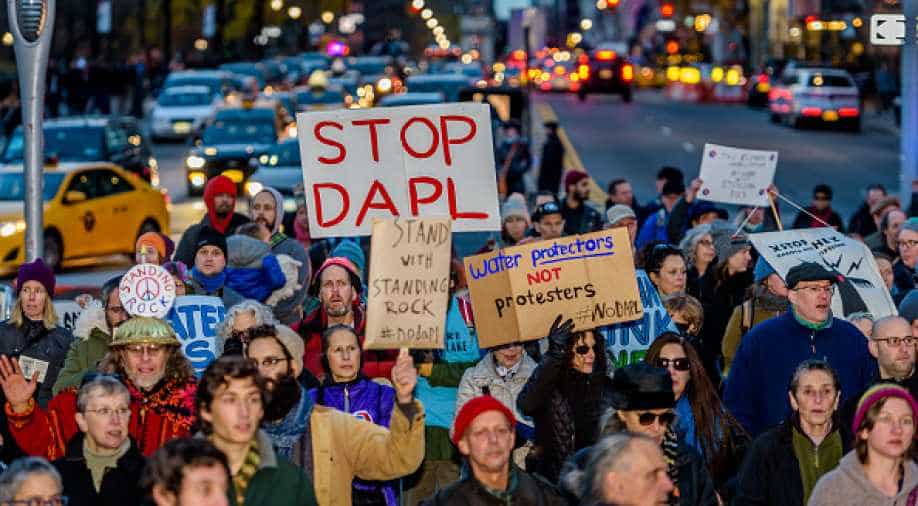 United States President Donald Trump has decided to unpick environmental legislation by reviving two controversial oil pipeline projects. The 70-year-old gave his nod to the projects which were stonewalled by the Obama admiistration over environmental grounds.

The two projects, Keystone XL and especially the Dakota Access Pipeline, were condemned by the public for the risk it carried for the local communities. In Keystone XL's case, Environment Canada found industry chemicals seeping the ground water.

According to his federal disclosures form, Trump holds stock in the company building the Dakota Access oil pipeline, CBS reports. While the amount of stock in Texas-based Energy Transfer Partners is modest compared to the rest of his portfolio, estimated at between $15,000 and $50,000, he also owns between $100,000 and $250,000 in Phillips 66, which has a one-quarter share of Dakota Access, CBS reports.

Trump has refused to place his assets in a blind trust, handing over control of his business empire to his sons.

The opposition in Dakota Access Pipeline was primarily twofold: The project would damage sacred burial sites and contaminate the water in the region. Thousands of Native Americans had camped in freezing winter temperatures to block the oleoduct's planned route last year.

The standoff -- which included some 2,000 military veterans who joined the protest -- prompted violent clashes with law enforcement as well as sympathetic demonstrations nationwide.

"We want to build the pipe, put a lot of steel workers back to work."

The Dakota project is a 1,172-mile (1,886-kilometre) oil pipeline, which would snake through four US states, from North Dakota to Illinois.

Since being sworn in on Friday, Trump has begun rolling out an orthodox conservative agenda, despite a campaign often out of kilter with Republican party ideology.

He has moved to curb funding for abortions, embraced Israel, frozen government hiring and now sought to unwind environmental legislation.