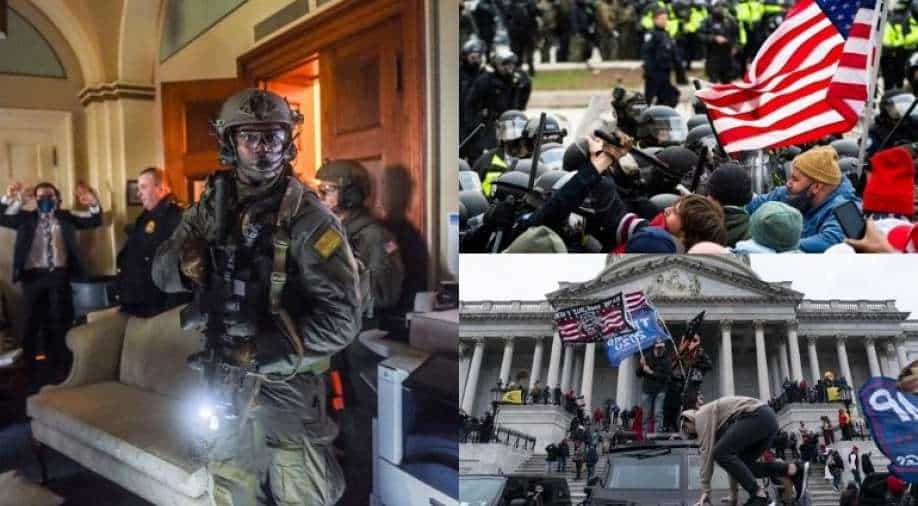 The panel agreed just days ago that Facebook was right to oust the ex-president for his comments regarding the deadly January 6 rampage, though it sidestepped an overall decision on whether he will ever be allowed back.

Donald Trump encouraged the Capitol rioters and so earned his Facebook ban, but the social media giant's rules are in "shambles" and need fixing, the co-chair of the network's oversight panel said Sunday.

The panel agreed just days ago that Facebook was right to oust the ex-president for his comments regarding the deadly January 6 rampage, though it sidestepped an overall decision on whether he will ever be allowed back.

"He issued these statements which were just egging on -- with perfunctory asking for peace -- but mostly he was just egging them on to continue," oversight body co-chair Michael McConnell told Fox News Sunday.

Trump was suspended from Facebook and Instagram after posting a video during the attack by his fired-up supporters challenging his election loss, in which he told them: "We love you, you're very special."

"He (Trump) bears responsibility for his situation. He put himself in this bed and he can sleep in it," McConnell added.

However, the panel gave the company six months to justify why his ban should be permanent -- leaving a grenade in Facebook founder Mark Zuckerberg's lap on the issue of free speech, and spotlighting weaknesses in the platform's plan for self-regulation.

"We gave them (Facebook) a certain amount of time to get... their house in order," McConnell said. "They needed some time because their rules are shambles... They are unclear, they are internally inconsistent."

McConnell, a constitutional law professor at Stanford, noted that the social media giant was not violating Trump's free speech rights.

"The simple willing answer is private companies are not bound by the First Amendment," he said referring to the US constitution. "He's a customer. Facebook is not a government, and he is not a citizen of Facebook."

In its ruling, the oversight board -- envisioned by Zuckerberg as the equivalent of a "supreme court" for thorny content decisions -- made additional recommendations on dealing with potentially harmful content from world leaders.

The panel "called on Facebook to address widespread confusion about how decisions relating to influential users are made" and said, "considerations of newsworthiness should not take priority when urgent action is needed to prevent significant harm."

Twitter has permanently suspended Trump after the Capitol riot, saying there was a risk he would further incite violence, due to his multiple tweets disputing Joe Biden's presidential election victory.

Twitter on Thursday confirmed that it had pulled the plug on several Trump-linked accounts trying to skirt the ban.

Social media had been key to Trump's political success, letting him fire off comments without having to explain or back claims.

At a recent hearing on Capitol Hill, US lawmakers unleashed criticism at the leaders of the top social networks and promised new regulations.

Zuckerberg reiterated his belief that private companies should not be the judges of truth when it comes to what people say.